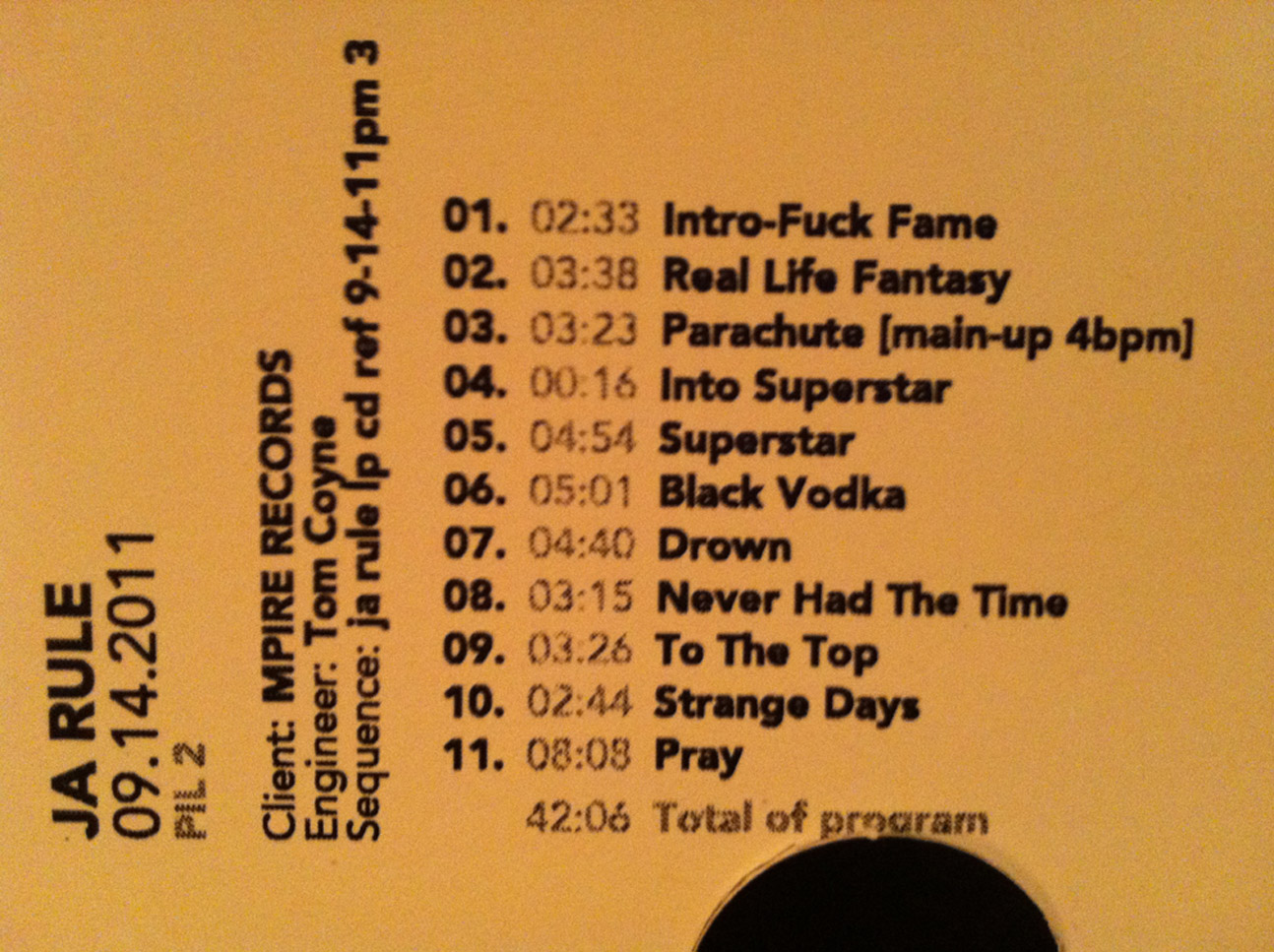 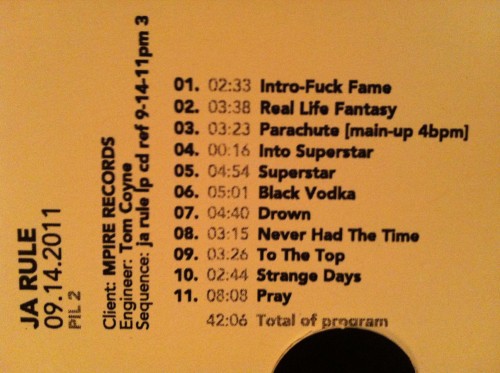 We have a few news bits on Ja Rule’s album Pain Is Love 2. First off, above is a track list after the master of the album but the features are still TBA. Second, Hype Williams has been confirmed as the director for ‘Real Life Fantasy’ and has just turned in the first draft of the video. Third, the album has been pushed back to November / December from its original October 11th date mainly due to sample clearance issues.

Shout out to 7 Aurelius