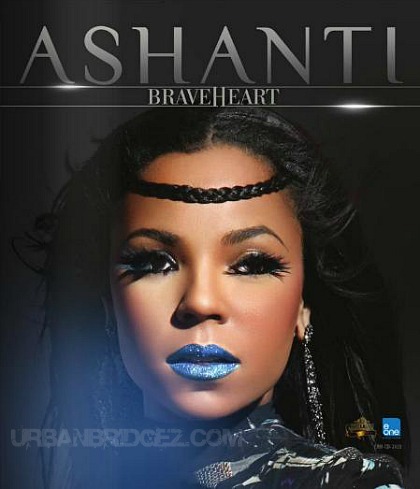 Ashanti will release her 5th studio album Braveheart on April 17th via her own label Written Entertainment and E1 Music, reveals Urban Bridgez. Above is the rumored artwork.

The singer held an album listening session yesterday which was attended by The Boombox. Confirmed collaborations include Busta Rhymes, R. Kelly and Keyshia Cole. She will release the video for ‘The Woman You Love‘ tomorrow, March 8th.