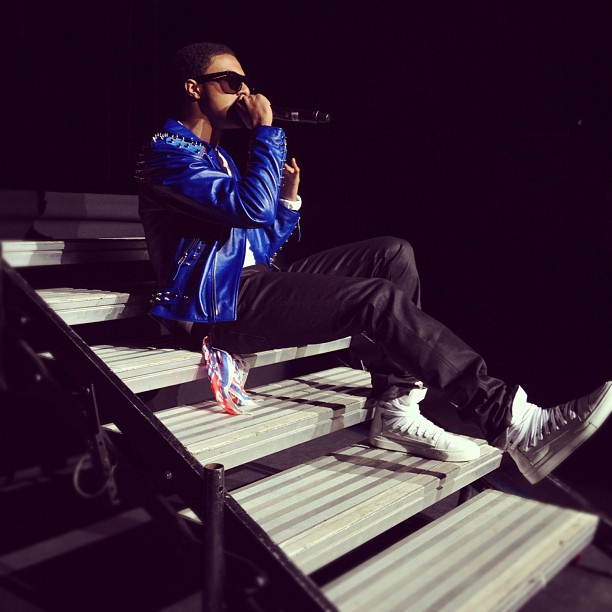 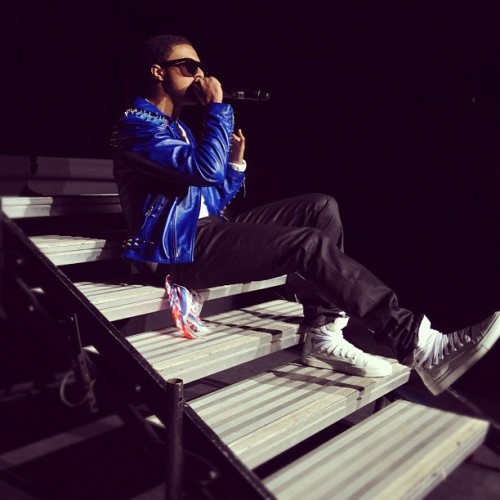 Diggy has apparently caught feelings about J. Cole’s verse on his track ‘Grew Up Fast‘ and directed these shots towards him. This comes not too long after Diggy addressed the low first week sales for his debut album.

Lyrics for ‘Grew Up Fast’ after the jump.

[Intro: David Ruffin]
Sometimes I think about it
And my poor heart wants to die about it
Woooooo about the sweet sweet love I lost
And the way I got double crossed
By a guy who was my friend, I see him now and then
But I pretend I’m doing fine, when I’m about to lose my mind

[Verse 1: J. Cole]
Nigga I grew up fast, then blew up fast
Money fallin out my pockets I got too much cash
Can’t fit nothin in her pockets she got too much ass like goddamn
Well if you must ask
We from the school of hard knocks but your crew cut class
Half white but don’t think I got a Klu Klux pass
When I’m up in the V, police be fuckin with me
No sir no license all I got here is this fuckin degree
Move along cocksucker ain’t nothin to see
Unless you talkin blockbusters, you niggas is not Russell
You more Diggy – me I’m more Biggie
No diss to the young boy im just rappin get bored quickly
Just to make up for that line invite him on tour with me
Show him the game let him finagle these whores with me
Run through they doors with me, hit the Ritz-Carlton for the night
Leave him there with two dykes probably change a nigga life right
What up Vanessa, I loved you that one semester
Thanks to my profession I balled like Uncle Fester
Thinkin about the board I use to have above the dresser
Half the shit I wrote down I did it, its old now got
New goals, plus my money on Manute Bol
Funny how my old highs is suddenly my new lows
Tired of every chick sayin she models before she swallow
So I only fuck with hat tricks, bitches with a few goals

[Verse 2: J. Cole]
Not even slightly interested in what ya opinion is
I gotta greater purpose then a hater purpose
I’mma stack paper, hustle just to relax later
Serve niggas and bring change that’s a waiter’s purpose
Look how I made em nervous, niggas is shakin, I know they fakin’
Okay you a killer right, and Miss Cleo is Jamaican
And Bob Marley is Haitian and me and Beyonce datin’
And Jesus Christ be hatin, got mad love from Satan
For fuckin Sanaa Lathan while Meagan Good is waitin’
I’m the deadbeat father of your little brother
In other words goddamnit I’m a bad motherfucker
It’s Cole, it’s only right I brought back the soul
Y’all got way too electro, damn near techno
Halfway homo, way too metro
Hennesy XO, Cole flow special
Style like Tribe Called Quest meets Death Row
Learn somethin boy, grow yo ass up
Cheap nigga if you was liquor I’d probably throw yo ass up
Matter a fact if you was grass I’d probably mow yo ass up
Last call for you old niggas go and pour yo last cup