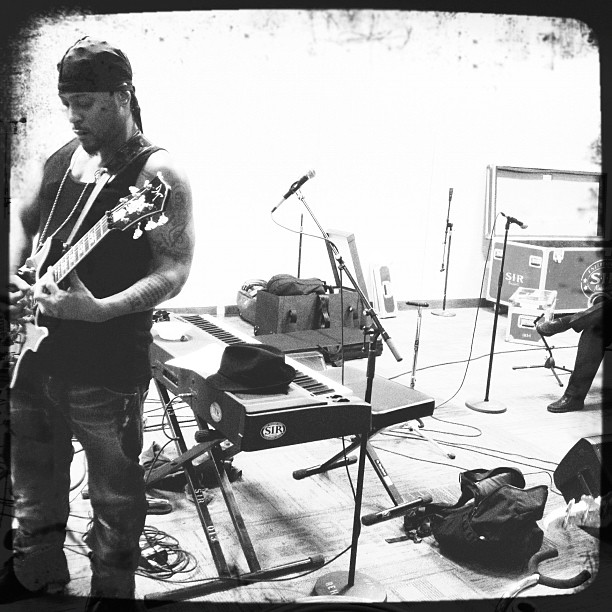 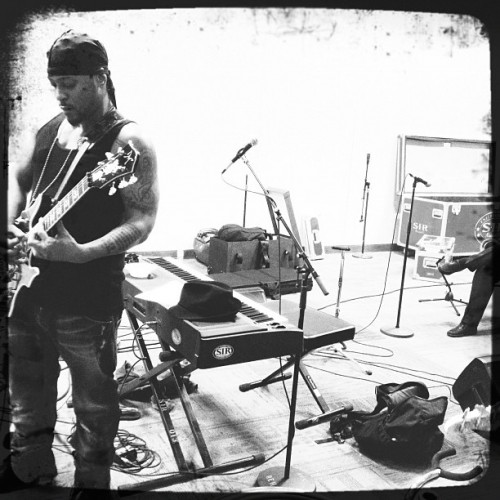 D’Angelo made his first appearance on stage in the United States yesterday at the Bonnaroo Music & Arts Festival in Manchester, Tennessee. D made a surprise entrance during The Roots’ set at the Superjam session and performed covers such as Jimi Hendrix’s ‘Have You Ever Been (To Electric Ladyland)’, Parliament Funkadelic’s ‘Funky Dollar Bill’, Led Zeppelin’s ‘What Is and What Should Never Be’, The Beatles’ ‘She Came in Through the Bathroom Window’, The Time’s ‘My Summertime Thang’ and much more.

After the jump, you can watch some footage from the set and below, you can download the full audio of D’s set with The Roots (via Funk It). His new album is due later this year.