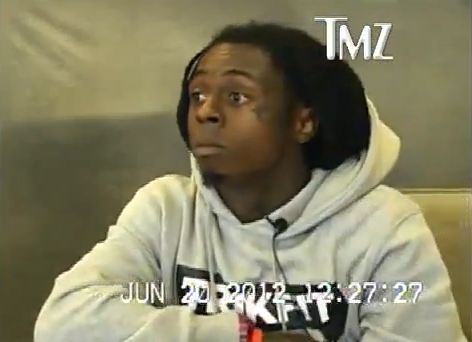 TMZ calls this the most entertaining deposition in court ever and we can’t disagree. Wayne is suing Quincy Jones III over the failed Tha Carter documentary which was filmed around the Young Money boss recording his multi platinum album Tha Carter III. In this footage, Quincy’s lawyer Pete Ross grills the rapper on a few questions and hilarity ensues when Wayne gets to answer them.