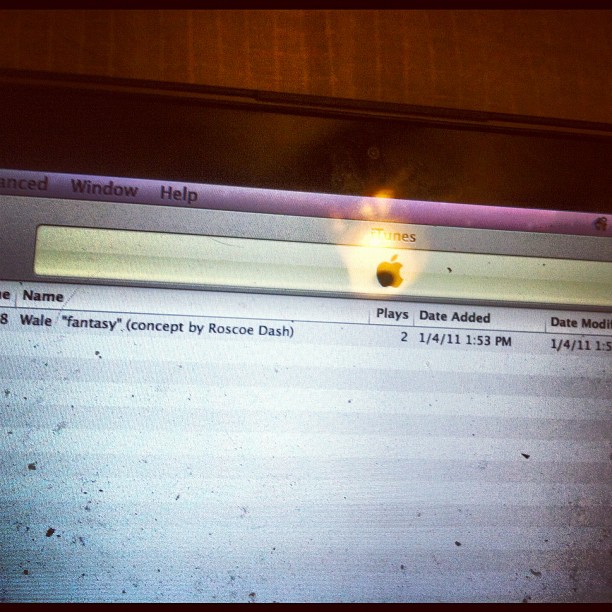 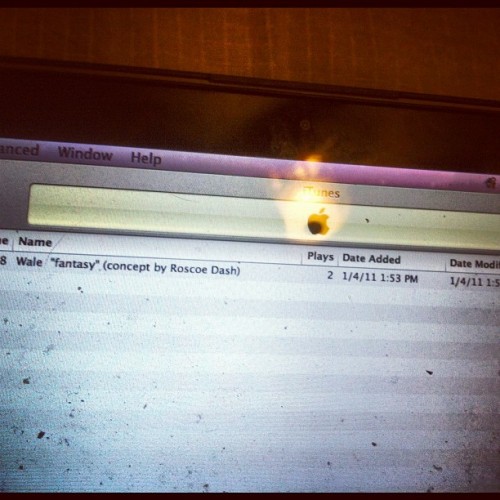 Earlier today, Roscoe Dash invoked a storm when he went on Twitter to accuse Kanye West for not giving him credit on the opening track on Cruel Summer, ‘To The World’. He also claimed that he wrote the hook for Miguel’s part on Wale’s ‘Lotus Flower Bomb’. To prove his claim, he tweeted the above photo from his iTunes and also, a screenshot of his conversation with Meek Mill when they had an argument earlier in July.

Everybody go get the G.O.O.D album and listen to #1 then watch @kanyewest interview & tell me y I’m not on the credits. Can’t do favors for niggas bcuz no matter how humble and generous u r to ppl niggas will take everything u have … Even niggas u look up to. The most talented ppl get the least credit for everything and the crazy part is they put in the MOST work… Same shyt with @wale lotus flower bomb I wrote that for him b4 he even signed to Ross & it went #1….but nobody would kno that cuz I’m not in the credits. But EVERYTHING must eventually come to the light…. & I’m only speaking on this publicly bcuz there are so many ppl who wanna be apart of the industry but dnt Kno half of the shit that.

After getting off the phone with @wale I feel like I need to clarify I WROTE THE HOOK for “lotus flowerbomb” not his verses. However the record went #1 & I wasnt credited & as far as @KanyeWest “To The World” if u listen close my adlibs are STILL in the song.

Later, Miguel responded to Roscoe’s claims which was further countered by Roscoe. Even Meek Mill involved himself into the feud by tweeting the following:

Miguel’s response (as told to Complex):

As far as I know, Wale and another artist that I recently met penned the original ‘Lotus Flower Bomb’ chorus and I came in and added the second half or the end part…I’m not going to explain myself, this is retarded. I don’t know anything about Roscoe Dash. At the end of the day, I know my involvement in the song and as far as I know, Wale and I, and this other guy, wrote the chorus. The other guy was an alternative artist.

I think anyone that wants to know who wrote the song can check the credits. I don’t know, I don’t really care. If he did write part of it, then he should get credit for it. All I know is that I didn’t write my portion of the song with Wale in the room-he was in Atlanta, I was in New York. If anyone had any involvement prior to me being involved, that’s unbeknownst to me. Definitely if he wrote a part of it, he should get credit for it but as far as I know, the people who deserve credit on the song are listed. Twitter is definitely not the place to handle business per say. If he wanted to get that rectified, he would have his lawyer contact the proper people.

@MiguelUnlimited So i just met u at the ASCAP awards ur first words to me were “Aww man Im a HUGE fan” but now….. u wanna go to the blogs and get in some shyt u have nttn to do with and say udk anything abt Roscoe Dash??? ur a cornball. stay out of grown ppls business with ur 206k followers …. twitter that.