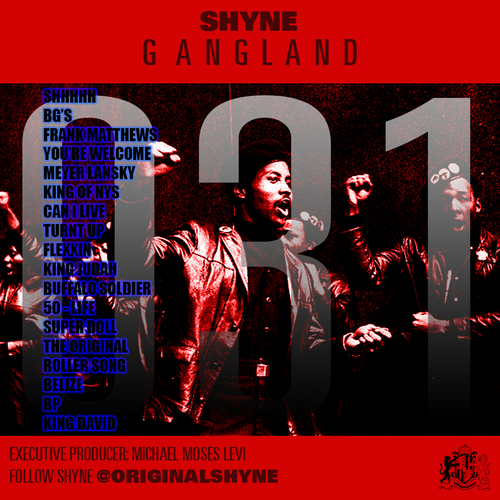 Here’s the artwork and track list (without features) for Shyne’s new mixtape Gangland releasing on September 26th which marks the 12th anniversary of his self titled debut album. Following that, he plans to put out a free album in November and the official studio album in March next year via Def Jam.

In relates news, Diddy has settled the 1999 shooting at Club New York by paying $850,000 out of his own pocket to the victims, according to NY Post. If you remember, the incident led to Shyne being sentenced to 10 years behind bars. After the jump, WGIV radio Charlotte interviews Shyne where he recalls the incident and claims that he saved Diddy’s then girlfriend Jennifer Lopez’ life.