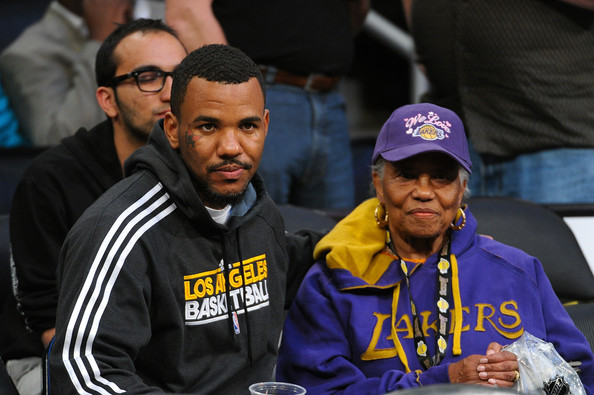 The Game will be releasing his 5th studio album Jesus Piece on December 11 but he also has another venture on hand — a label/imprint called Rolex Records. The current Aftermath signee will team up with former Shady/Aftermath artist Stat Quo on the project which he says is still in “baby stages”. He tells Billboard:

“I just started a new record label, Rolex Records, and we’re going to get off the ground and see if we can move. He was signed to Aftermath with me in the beginning. Now we’re business partners, which is cool because he was a good friend of mine and he’s just as equally music smart so we’ll see how it goes.”

Hopefully he can do good things with it but they couldn’t come up with any other name? Where’s the originality?

UPDATE: Game has released an official statement regarding his new label. Jayceon along with Stat Quo will be reviewing music & material from rappers, singers, songwriters, A&Rs etc. on Blazetrak.com and also responding on video. On the basis of their likes, they will sign new talent to Rolex Records.

Read the statement and watch the video announcement after the break.

“Me and Stat Quo, we both had to put in our dues to make it in this industry. We had to spend a substantial amount of money to get ourselves out there. We spent money on mix tapes, CDs, traveling around the country trying to get in front of the right people. Blazetrak is cutting out all of those steps and giving artists a way to skip straight to pitching their music to the right people. And for us, instead of having to sift through CDs from a bunch of people, we can simply go to their website, look at the submissions, and give feedback. We have the opportunity to tell people if we aren’t feeling their product, and tell them how to go back and make it better. It’s different than just listening to unsolicited links people might try to send you on Twitter or whatever. I like the fact that the artists submitting to us on Blazetrak are paying a fee–spending money the way we had to–because it shows that they’re investing in their careers. It shows that they believe in themselves and makes us want to believe in them. We might not like the 1st submission, or the 2nd or the 3rd, but the 4th one might blow us away. I think this is the future of artists being discovered by record labels.”