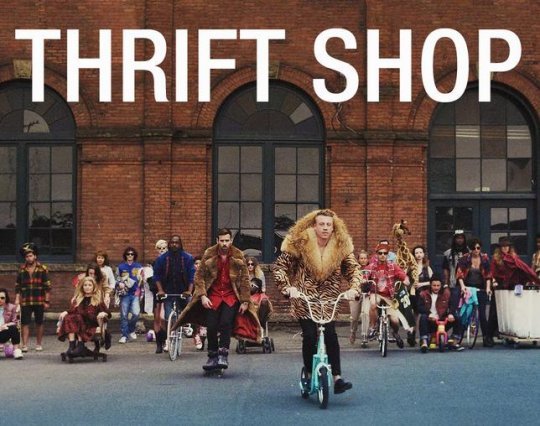 Seattle rapper Macklemore saw huge success in 2012 with his collaborative independent album with Ryan Lewis The Heist hitting the #2 spot on Billboard 200 with 78k copies sold in the first week. The result surprised many but it can be credited to the fact that he has earned a massive online and touring fanbase over the past couple of years.

Today, the duo reach another landmark as their hit single ‘Thrift Shop’ (Watch video after the break) topped the 1 million mark in sales. The single sold 304,000 copies this week taking the total to 1,117,000. The song is currently #10 on Billboard Hot 100. Congrats to them and the team.

UPDATE #2: This song is unstoppable right now. It has sold another million copies in 3 weeks and gone triple platinum (total sales 3,101,000). It also maintains the #1 position on Billboard Hot 100.