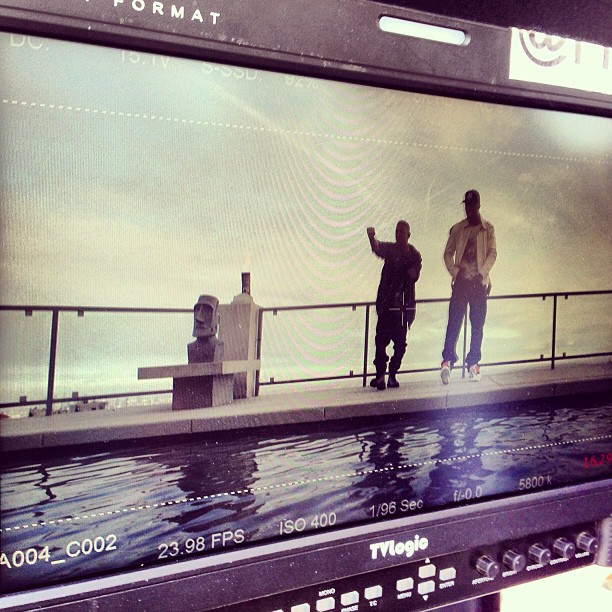 Remember when we told you that another video, the official one for 50 Cent’s ‘We Up’ is on the way? 50 had also confirmed that he recorded two versions of the song so we aren’t sure which one will make it to the visual treatment.

50 and K. Dot hit Los Angeles earlier today to shoot the real video directed by Eif Rivera. Fans have been urging 50 to make ‘We Up’ purely a collaboration between him and Kendrick. There’s no sign of Kidd Kidd yet so there’s a good chance that might happen. More flicks below.