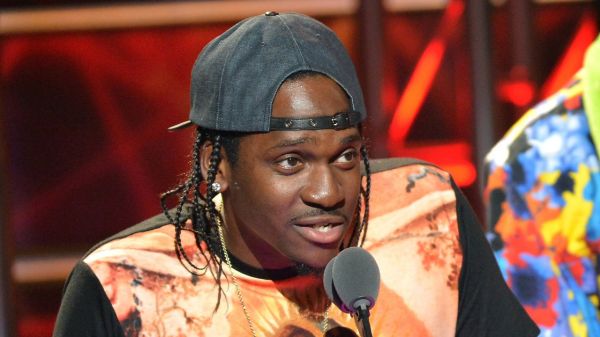 Pusha T is yet to release his debut solo album My Name Is My Name (July 16th) but he’s already visualizing his next move. During an interview with Ask Men, Pusha T revealed that his next album is titled King Push and it will probably have no guest appearances.

SK: What else is on the horizon for you? Another G.O.O.D. Music compilation album?
PT: I really don’t know. I’m really on My Name Is My Name, and then my next album after that. I already got the whole mentality of it. I see it. It’s titled King Push. I don’t even think there’s going to be anybody on King Push.

In the chat, Pusha also mentions that Kanye gave the “N***as In Paris’ beat to him first but he didn’t think it was good enough.

SK: Wait. Kanye sent you “In Paris” first?
PT: Yeah.
Steven Victor (Manager): Pusha said, “It sounds like a video game. Get that sh*t out of here!” But ‘Ye agreed.
PT: Yeah. You have to have that imagination sometime, and that’s something I’m learning. I’m so ready to rap and stuff that imagination don’t be kicking in.

My Name Is My Name will hit stores on July 16th featuring contributions from Rick Ross, Future, Kendrick Lamar, Kanye West, 2 Chainz and The Re-Up Gang.