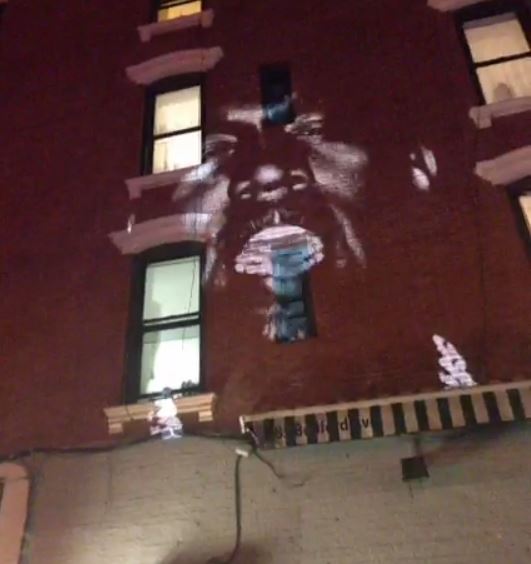 Kanye West has plans to absolutely takeover this week. He has a scheduled appearance on SNL on Saturday where he is set to premiere a new song. But before that, he is debuting his new single and video ‘New Slaves’ across 66 locations worldwide. Nobody knew until he tweeted out the link to his website which lists the locations.

After the jump, listen to a few 6 seconds snippets of the song. Sorry, we wish it was longer too.

NEW SONG AND VISUAL FROM MY NEW ALBUM BEING PROJECTED TONIGHT ACROSS THE GLOBE ON 66 BUILDINGS, LOCATIONS @ KANYEWEST.COM

UPDATE: Watch with video of the full song!

In New York (Via Miss Info)

At Millennium Park in Chicago (via GWHH)