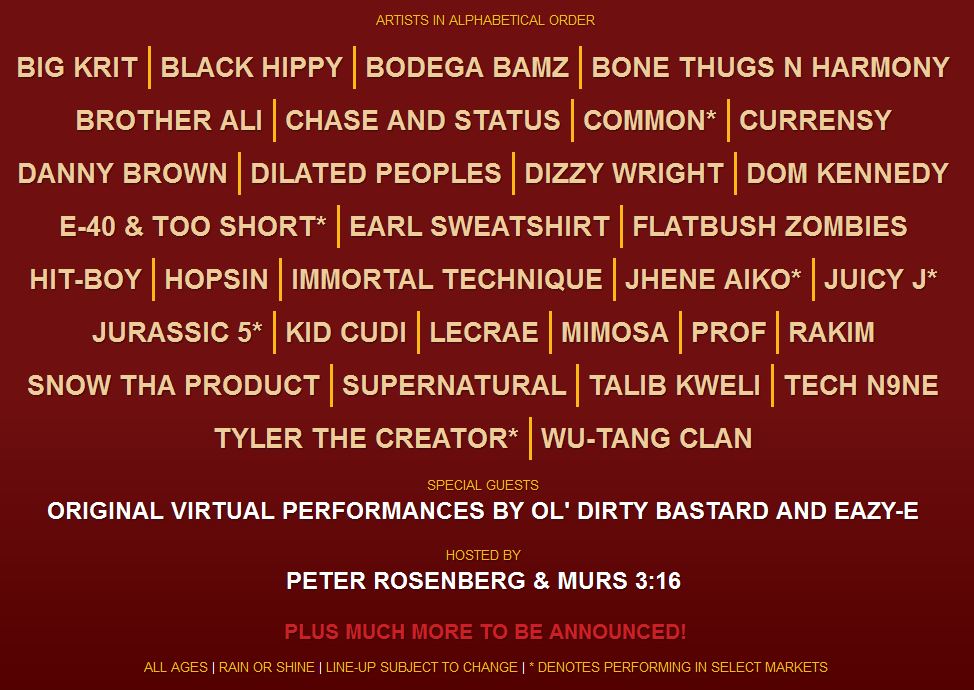 Guerilla Union Inc. has announced the much awaited lineup for the 2013 edition of Rock The Bells festival which will also mark its 10 year anniversary. Wu-Tang Clan, Black Hippy, KiD CuDi, Big K.R.I.T, Bone Thugs-N-Harmony, Common and Tech N9ne are some of the headliners at the 4 stops in California, Washington, DC and New Jersey.

Rock The Bells has also announced “original virtual performances” by Ol’ Dirty Bastard and Eazy-E while hosting duties will be handled by Peter Rosenberg and Murs. Check out the full lineup and venue info after the break. Stay tuned to Rock The Bells for ticket info.