First Photo Of Andre 3000 As Jimi Hendrix In Biopic Released 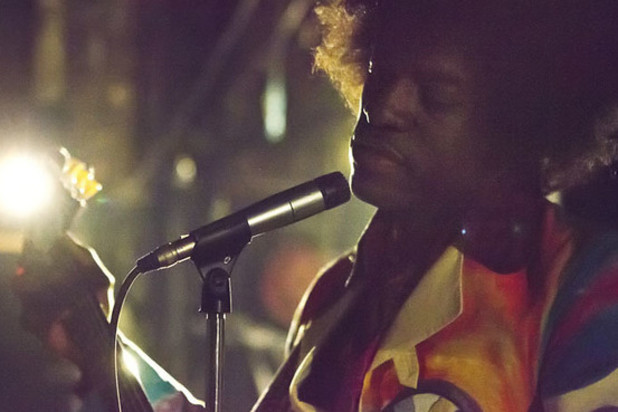 Andre 3000 may be absent from the music scene but he’s definitely busy on the films side. While the rapper has been snapped shooting for the upcoming Jimmi Hendrix biopic All Is By My Side before, this is the first time that we are seeing an actual photo of him playing the character. The biopic, which is directed by John Ridley, will follow the height of Hendrix’s career between 1966 and 1967, four years before his untimely drug-related death in 1970.

The film, which is set to debut at the Toronto International Film Festival in September has also released the official synopsis:

‘Jimmy James, an unknown backup guitarist, left New York City for London, England in 1966. A year later he returned – as Jimi Hendrix. All Is By My Side brings authenticity and poignancy to the story of the man behind the legend, and of the people who loved and inspired him.’