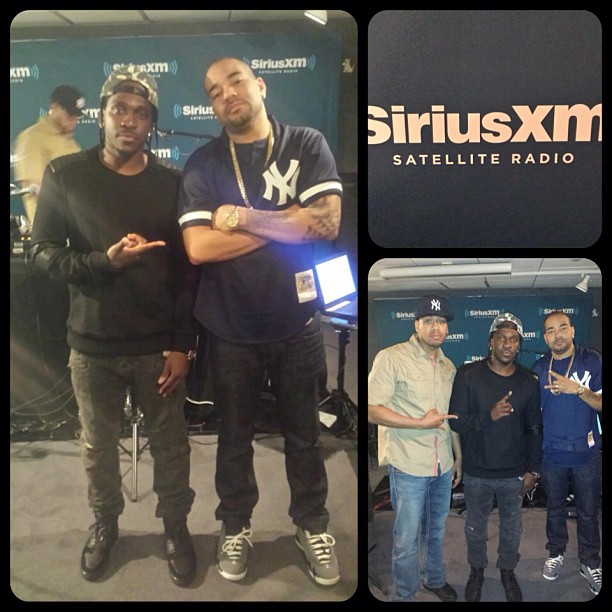 Here we go folks, the cold weather is back. In his interview with Fuse earlier this week, Pusha T did address his controversial tweet which was allegedly towards Lil Wayne but didn’t openly accept it was about him.

But during his interview with DJ Envy on Sirius XM Hip-Hop Nation tonight, Pusha was in a more aggressive mood. When Envy asked Pusha about his opinion on Weezy’s latest project Dedication 5, he replied “Trash” loud and clear. Push also called his upcoming debut album My Name Is My Name (October 8) the “album of the year”, spoke on the Kanye rant at his listening session event the other night, No Malice’s solo career, Play Cloths clothing line and more.