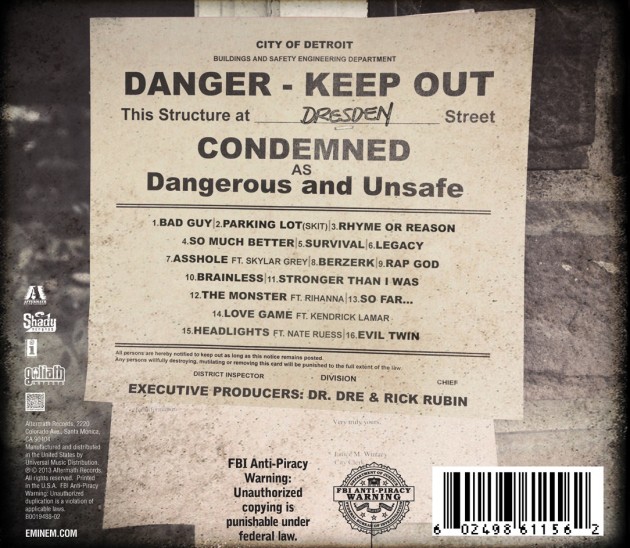 We are slowly approaching the release date of Eminem’s 8th studio album The Marshall Mathers LP 2. He recently gifted the official artwork to a Twitter fan and tonight he gifts the official tracklisting to RapRadar. With ‘Berzerk‘ already platinum, it seems as if this album will be pretty successful. The sequel to my personal favorite Em album will feature Rihanna, Kendrick Lamar, Skylar Grey and Nate Ruess. Executive produced by Dr. Dre & Rick Rubin. November 5th cannot come soon enough.

UPDATE: The deluxe edition of the album features 5 additional songs and after the jump is the track list. Various packages are now available to pre-order on his official site.

UPDATE 2: Added the features to bonus tracks on the album. No 50 Cent.

UPDATE 3: Em has unleashed the official cover for the Deluxe version. Check it out after the break. 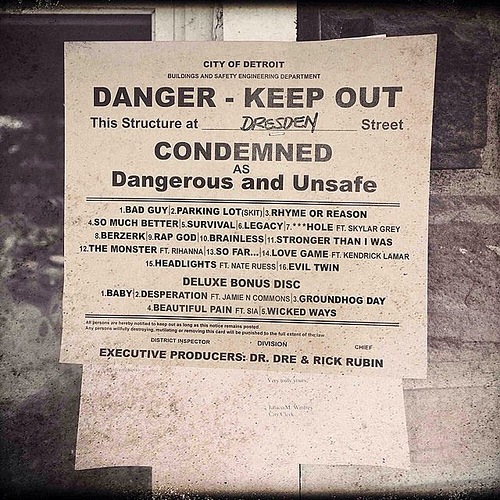