The Game Interview With Larry King 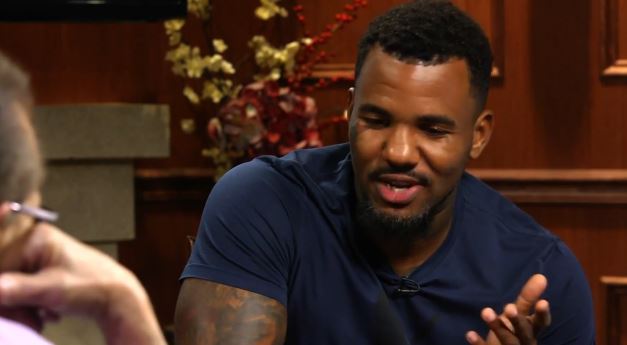 We earlier posted a portion of The Game’s interview with Larry King where he talked about his departure from Interscope Records after 5 albums.

But you can now watch the entire 27 minute chat today where Jayceon talks about his Robin Hood charity project, doing television and movies, plans for future, the mythical Detox album from Dr. Dre, how he signed with him, beef with 50 Cent, why he didn’t get married to his fiancé‎ as planned, his tattoos & admitting his face tattoo is foolish and much more.