Mariah Carey On The Breakfast Club 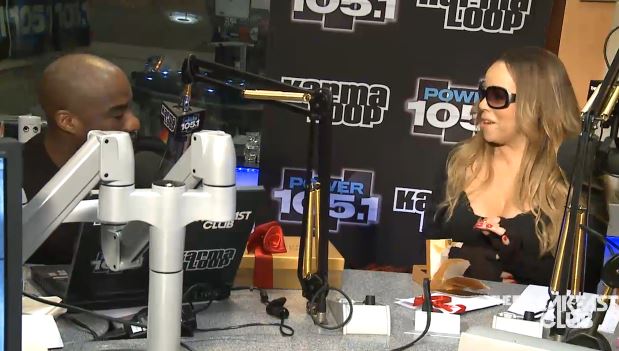 Mariah Carey (and her own lights) made her Breakfast Club debut this morning and chatted with Charlamagne, Angela Yee and DJ Envy. She speaks on her American Idol stint, whether she regrets doing it, taking advice from Prince, friendship with Jermaine Dupri, marriage & kids, upcoming album releasing on May 6, the latest single ‘You’re Mine (Eternal)‘ & the remix with Trey Songz, a song called ‘Thirsty’ produced by Hit-Boy which will appear on the LP and much more.

Later Trey Songz also calls into the show to discuss the collaboration.