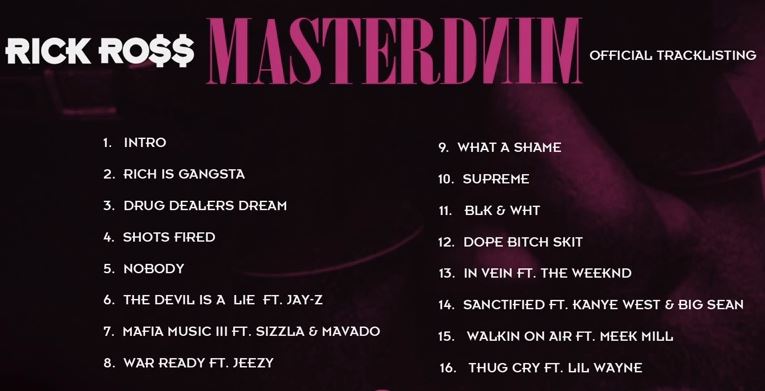 Here’s what you have been waiting for. Rick Ross is set to release his new album Mastermind on March 4th and today, he unveils the official track list for the masses. guest appearances from Kanye West, Jeezy, Lil Wayne, The Weeknd, Meek Mill and more.

‘The Devil Is A lie’ with Jay Z isn’t doing well but Ross will be depending on the new single ‘War Ready’ featuring Young Jeezy to do some damage on the charts. The Mike WiLL Made It-produced song is set to debut later today.

UPDATE: Take a look at the production credits below. Some heavyweights involved.