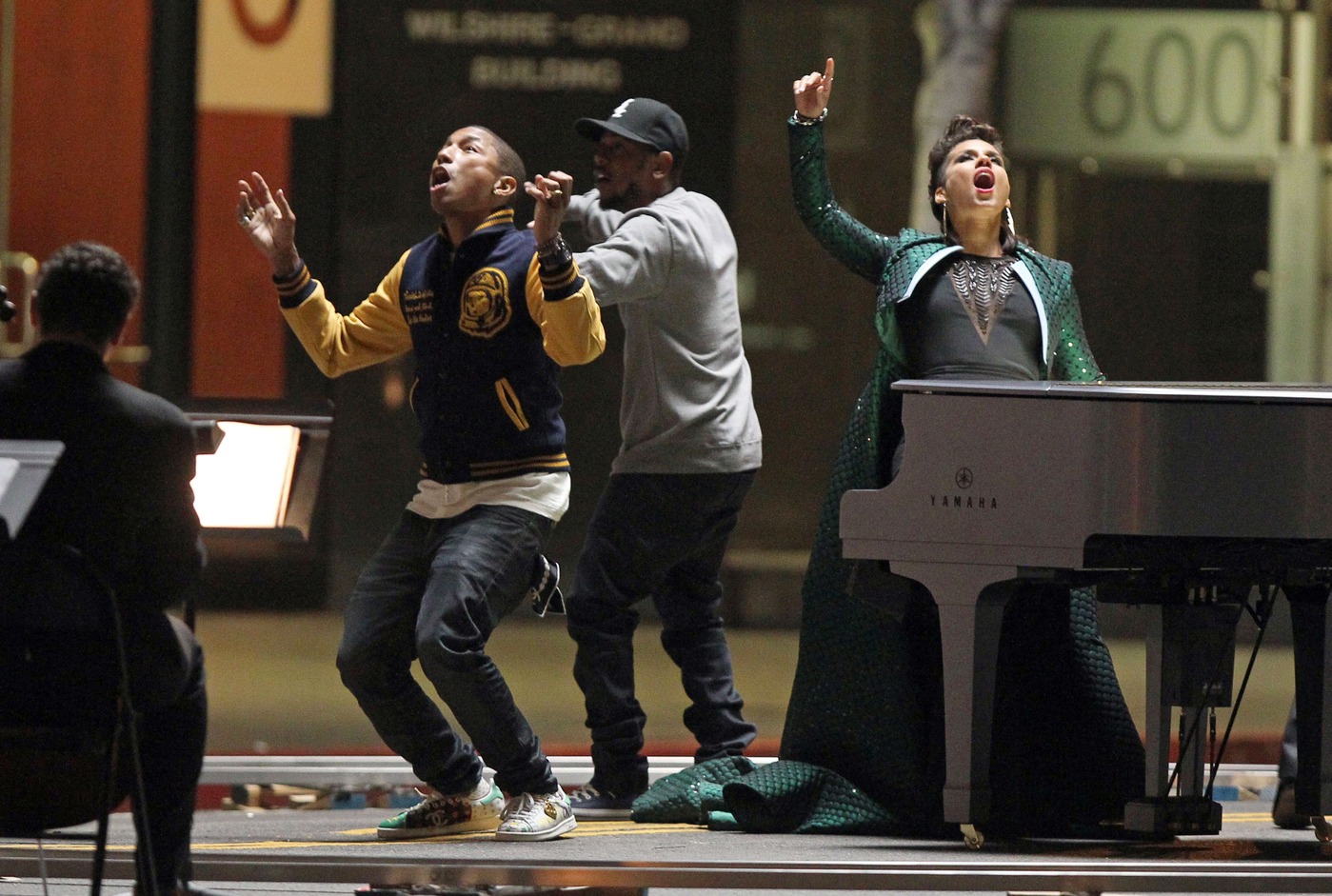 The Amazing Spider-Man 2 soundtrack will have the super talented team of Alicia Keys, Pharrell and Kendrick Lamar teaming up on a new song ‘It’s On Again’. The full song will be available on April 22 when the soundtrack releases nationwide but the trio has already shot the music video. Take a look at some more photos in the gallery below.