Ja Rule: ‘Unruly: The Highs And Lows of Becoming A Man’ (Book Cover) 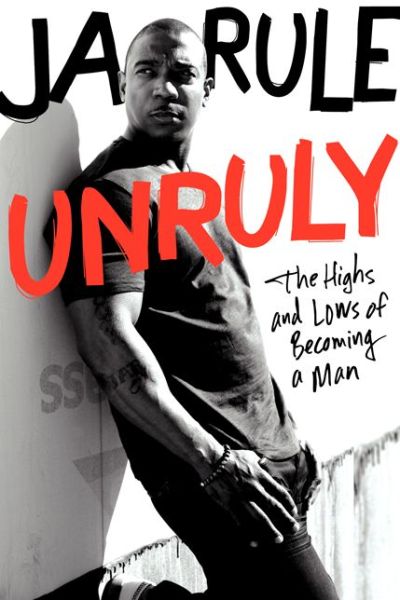 Ja Rule has been working on his new book Unruly: The Highs and Lows of Becoming a Man even before getting out of prison last year and it now has a release date — July 1st. In the Harper Collins publication, Ja will be talking about his jail life, personal struggles, drug abuse, beefs in the industry and much more. It will hit stores on hard cover and ebook form on July 1st but you can pre-order it already on BN or Amazon.

Ja Rule, actor, singer, songwriter, and one of the most multi-dimensional rap artists of his time, tells his compelling story—from his youth to his rise to international fame to his transformative two years in Federal prison—and reveals the man beneath the legend.

Unruly is two stories that offer one complete picture of a man and his world: the angry, fatherless rapper, Ja Rule who was “raised by the streets”; and Jeffrey Atkins, the insightful, reflective father and loyal husband who learned the hard way how to be a good man.