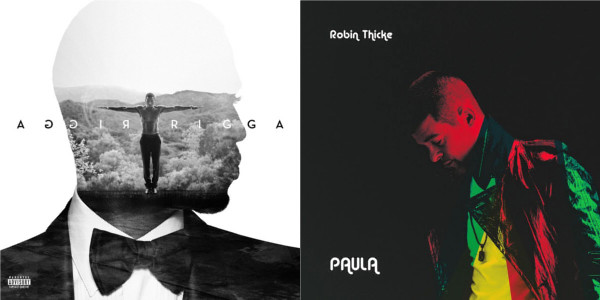 Trey Songz and Robin Thicke are the two big debuts this week from the world of Hip-Hop and R&B. The former is getting a good response from Trigga and the album which is backed by the #1 hit ‘Na Na’ is on course to sell 85-90k in the first week. Considering the success of the single and his massive fan following, that number seems a bit below expectations. However, HDD predicts that it should be good enough for a #1 spot on Billboard 200.

Robin Thicke on the other hand is looking to be struggling a lot more as his album Paula is only projected to sell 20-25k copies in the first seven days. This is the same man who made ‘Blurred Lines’ but this LP has had little promo and received lot of slander.