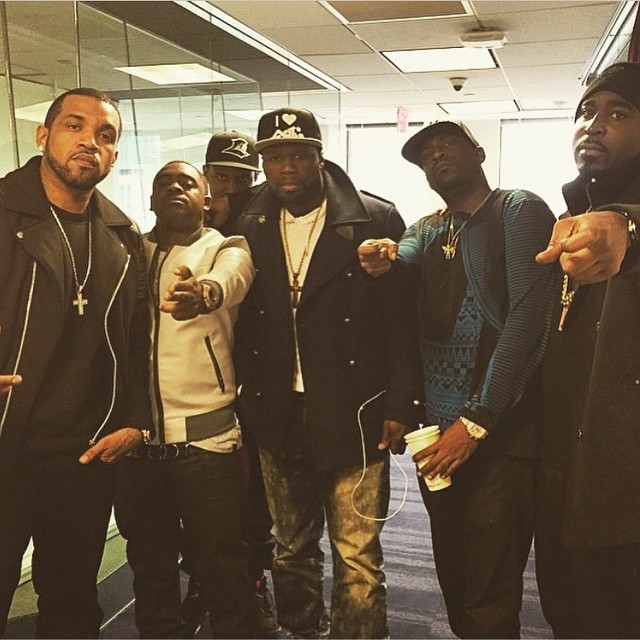 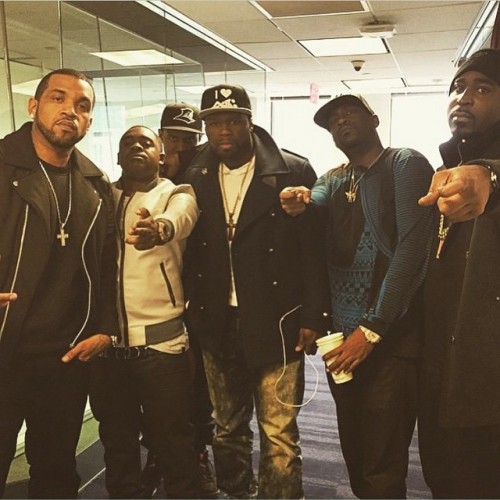 Yesterday, the whole G-Unit made a stop on DJ Whoo Kid’s Whoolywood Shuffle show on Shade 45 for special All-Star weekend sit down.

There were plenty of jokes by the boys but in the 1 and a half hour interview, they spoke and discussed a lot of stuff including:

G-Unit speak on how they reunited after many years of misunderstanding, Buck sounding hungry on Before The Beast mixtape and why they decided to drop a solo tape before The Beast Is G-Unit EP (March 31st), sound of the tape, when Cold Corner 3 is expected to come out plus more.

50 Cent spoke on how ‘Lean Back’ is one of his favorite tracks ever but couldn’t tell Fat Joe at the time because they were beefing, why he left the major label situation, recording multiple new songs with Chris Brown, not having any problems with Taraji P. Henson over his allegations that Empire show creators copied marketing of his Power show, prepping release of two movies ‘Spy’ and ‘Southpaw’, takes shots at Epic Records and Sha Money XL for not bailing out Bobby Shmurda, being street and corporate at the same time, loving Eminem to death and possibility of a joint album, next single off The Beast EP (‘Im Grown’), why it’s important for an artist to follow up a hit with a hit and more.