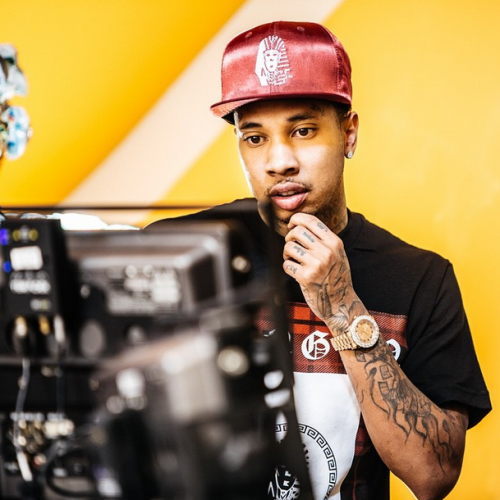 By now, you’ve probably already heard If You’re Reading This It’s Too Late. If not, listen here.

On the outro bonus track ‘6PM In New York’, Drake took some pretty clear shots at Tyga who went at him in a VIBE interview a few months ago. Since the release of the tape, Tyga has taken to Twitter with some clear words for his fellow YM artist.

@Drake u still a b*tch. All that sneak dissing is weak. Just pull up. I know where u live and you know my address.. U been ducking the fade from Brown.

The tweet has since been deleted but below is a screenshot of the same. 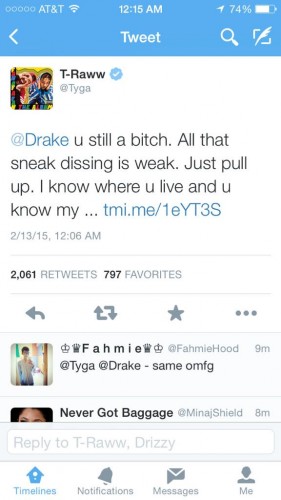