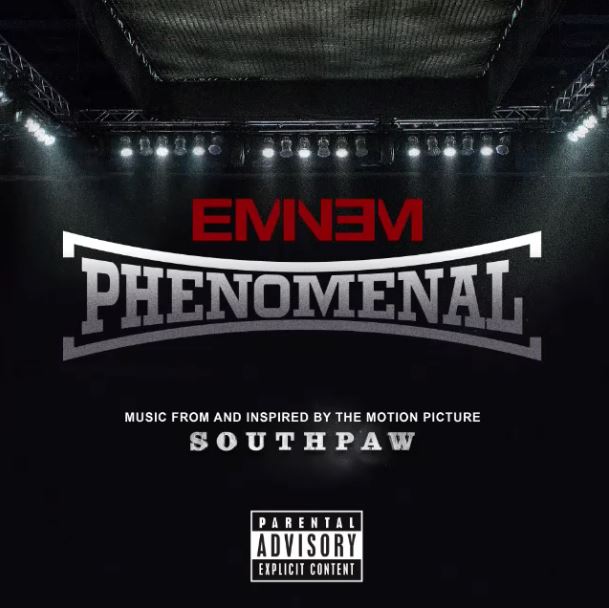 Although we were told not to expect an Eminem album before the end of the year, it’s nice to see that we still have new content rolling in in one way or another. This new song ‘Phenomenal’ was previewed in a Beats commercial a few days days ago and tonight, the full version has been released on iTunes and available for stream below.

The high energy track is the first single from the soundtrack of the upcoming movie Southpaw which Eminem was originally going to play the lead role in but was replaced by Jake Gyllenhaal. It will hit theaters July 24.

Listen to ‘Phenomenal’ produced by Eminem himself along with Resto World below.