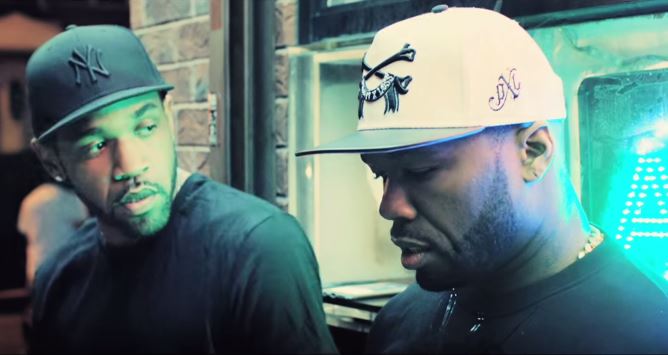 Right after the season 2 finale of Power ‘Ghost Is Dead’, the music video for 50’s Street King Immortal intro ‘9 Shots‘ makes its debut. 50 spoke on the visuals a little recently and mentioned that they were heavily inspired by the show’s aggressive nature. It was conceptualized by 50 himself and directed by his go-to guy Eif Rivera.

You can watch the short film-styled music video which features Yayo and Banks, below.