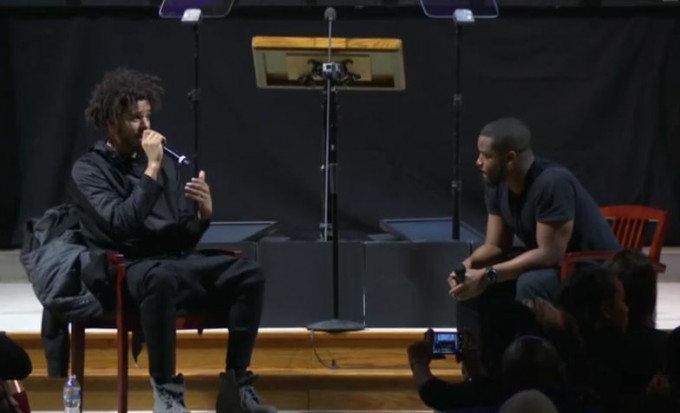 You may have heard the news that the rapper was caught off guard when Ryan accidentally revealed that Cole is a married man. Coogler slipped and asked the Forest Hills Drive rapper, “How did getting married change you?” Cole’s reaction was pretty hilarious (11:45 mark).

No further details about his wedding to longtime girlfriend Melissa Heholt were revealed during the chat. The full interview hasn’t been up anywhere yet so you can press play on the 20 minute sit down below.