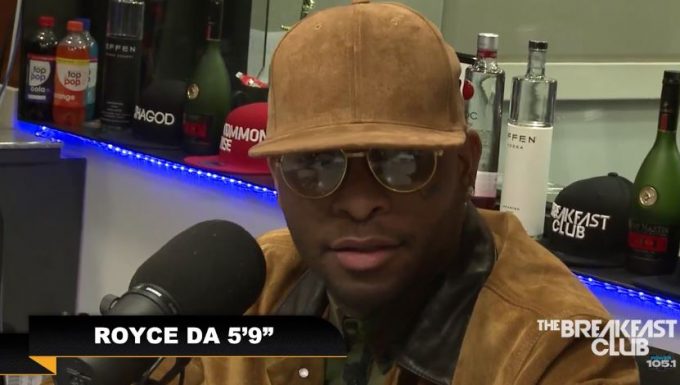 Royce 5’9″‘s new album Layers (stream it here) is getting a great response from fans so far and he’s currently touring the country to promote it. His latest stop was on The Breakfast Club to chat with DJ Envy, Charlamagne Tha God and Angela Yee.

Royce spoke on his introspective song ‘Tabernacle‘ and how difficult it was to experience the day when his grandmother died and son was born at the same hospital while also trying to make it for a show. He revealed an interesting fact that the show was an opening slot for Usher. It was also the place where he met Eminem for the first time.

Royce goes on to talk about why he got sober a few years ago, dealing with alcoholism, Hip-Hop still having a place for violent music, relationship with Eminem, the status of the upcoming Slaughterhouse album and more.