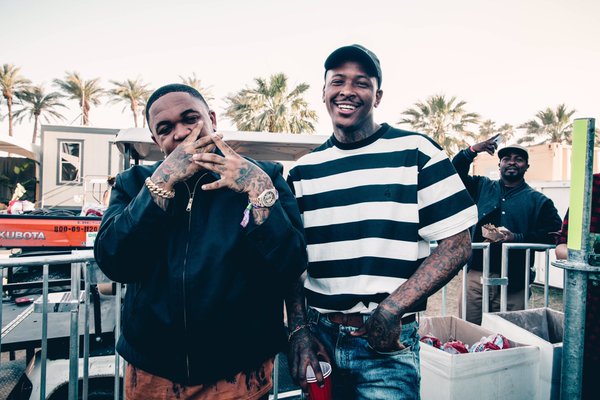 Back in January, 2015, YG and DJ Mustard shocked the Hip-Hop community when they took to social media to diss each other publicly over money disputes. Mustard first accused YG of never paying him for his production on My Krazy Life and then the rapper got back to the producer with the threat that he’s never taken any money ever for his famous “Mustard on the beat” tag.

Although they later claimed that they had resolved the issues, the two were never spotted together at any event or music video and hardly any collaborations were released.

But today at Coachella, where YG is playing a set, the two took to social media and declared they have officially buried the hatchet. “WE BACK B*TCHES!!!!,” wrote YG in his caption.

We back and got more money lmao y'all in trouble ! pic.twitter.com/LqMSh7OVdv