Drake Interview on The Ellen Show 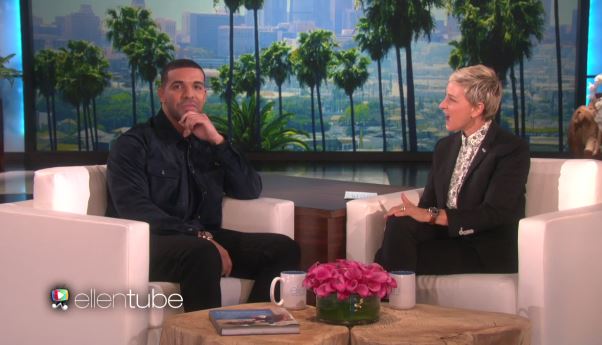 UPDATE: Check out the full interview.

Views season is in full effect. After hosting and performing on Saturday Night Live this past Saturday, Drake appeared on The Ellen Show today for a sit down.

He spoke on the intense atmosphere in the SNL studios and how it’s so difficult to host and perform at the same show. Drizzy also spoke on meeting with viral kid star Demarjay Smith at the NBA All-Star Celebrity Game, his “friendly” relationship with Rihanna and more. Oh Ellen also shocked the hell out of Drizzy with a lil something.

They were then joined by Jared Leto who played the regular game on The Ellen Show, Never Have I Ever.