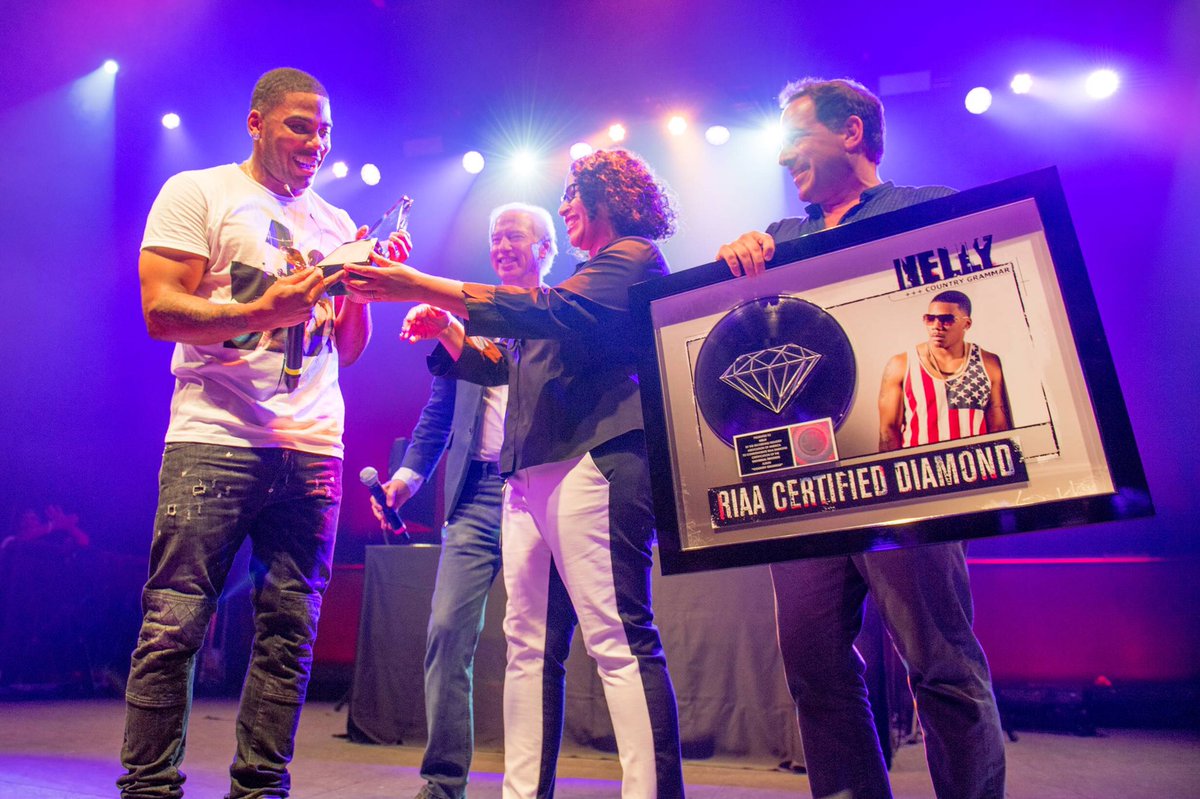 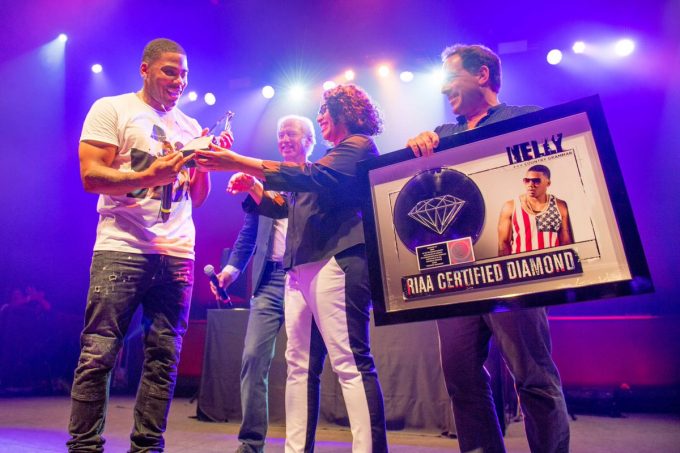 Rap music has only had 8 certified diamond albums till now and we can add one more to the tally today.

Nelly’s debut album Country Grammar has officially been certified Diamond by the RIAA as of July 21, 2016. Executives from the RIAA surprised Nelly with the coveted award at last night’s Musicians On Call event in Philadelphia.

Nelly’s Country Grammar is only the 9th Rap album in history to receive a diamond certification. Previous 8 are as follows:

Country Grammar was released in 2000 with 235k copies sold in the first week, debuting at the number 3 spot. It remained in the top 10 of Billboard 200 for several weeks before topping it in the week of August 17, 2000, selling 235,000 copies again. The album spawned the hits singles ‘Country Grammar (Hot Shit)’ and ‘Ride Wit Me’.

Congrats to Nelly for the rare feat!