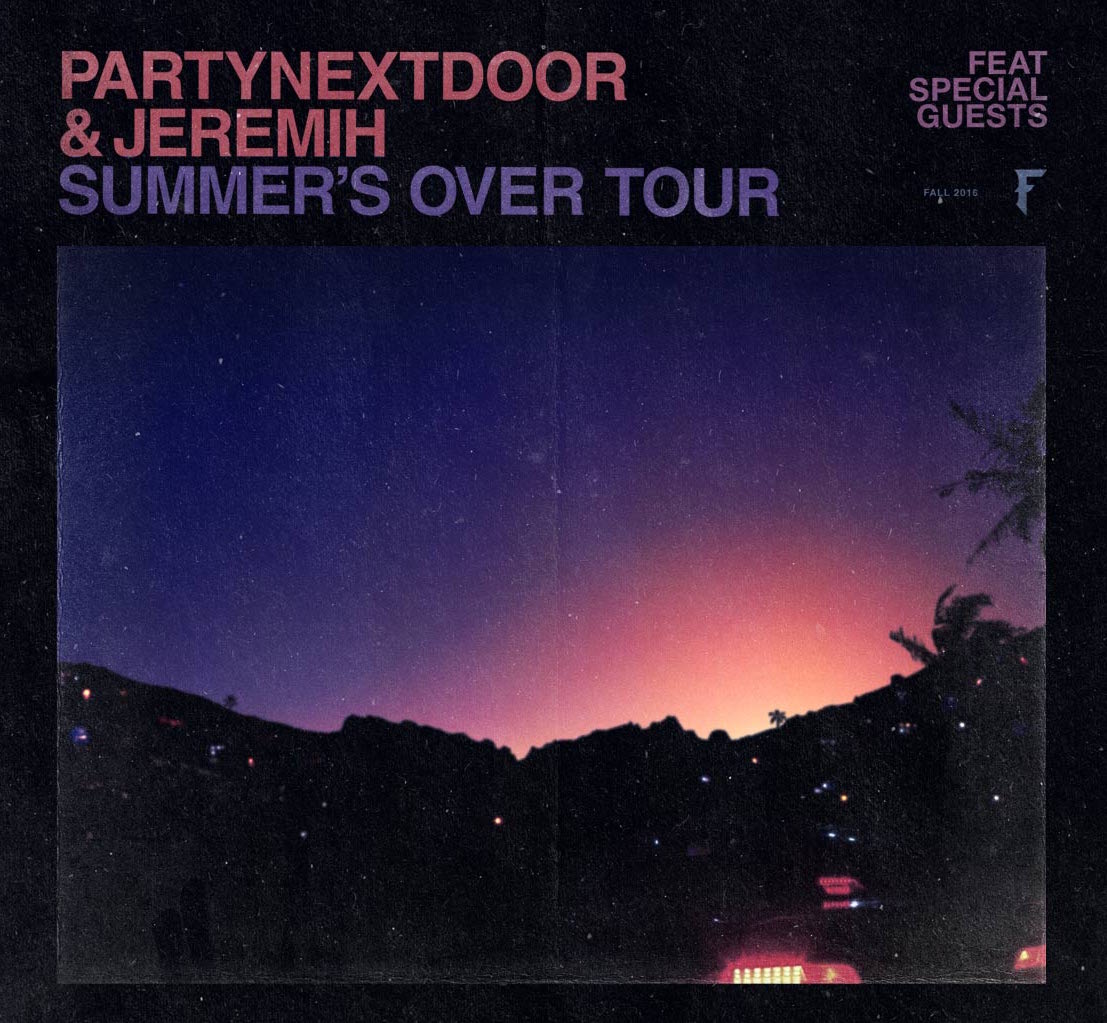 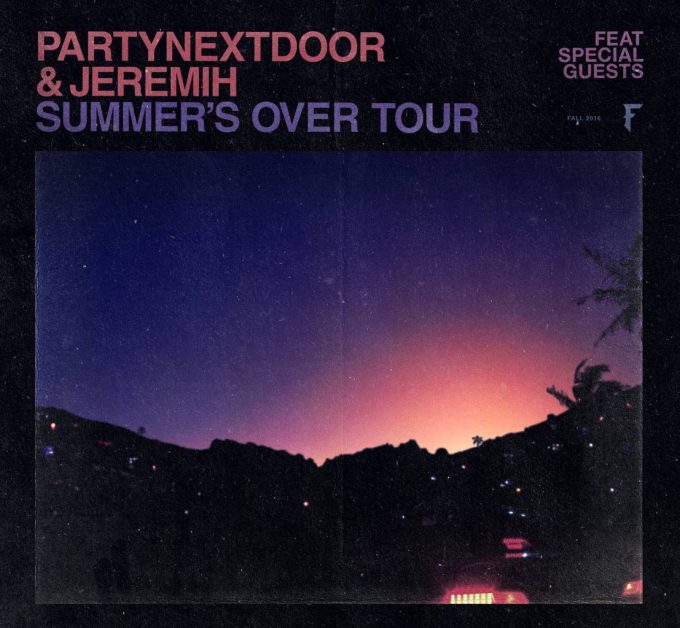 Jeremih and PARTYNEXTDOOR have been teasing a joint project called Late Night Party for months now but we haven’t much from them except the ‘Like Dat‘ single featuring Lil Wayne.

But we can now get our hopes up as the two have announced a joint tour called Summer’s Over that’s kicking off November 8 at The Fillmore in Miami. Nineteen dates have been announced including one in PND’s hometown of Toronto but more may added later. Check out the schedule below. 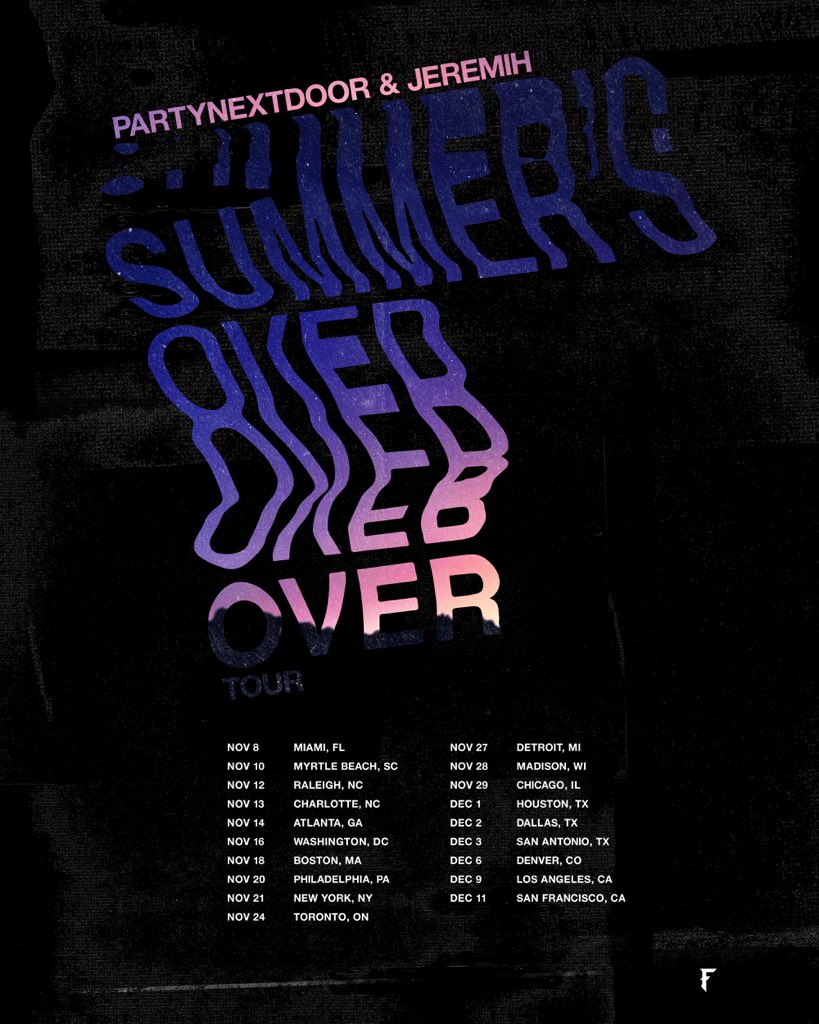 Tickets will be available on pre-sale this Wednesday, September 28th at partyomo.com/tour, and on full sale starting this Friday, September 30th.