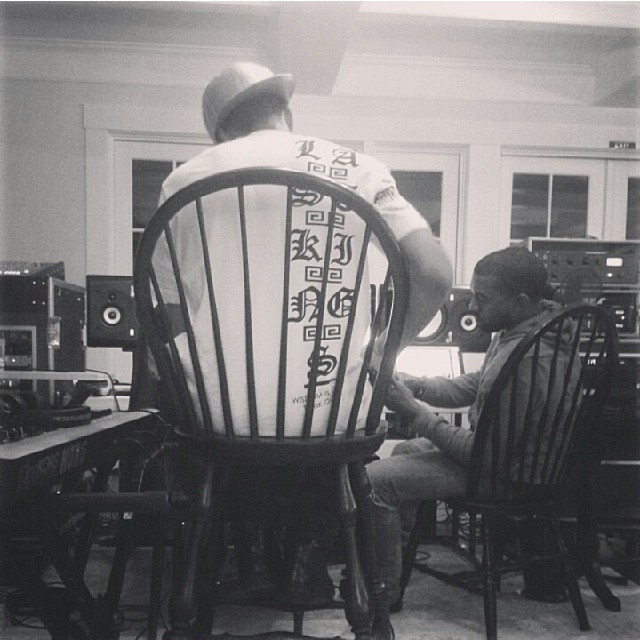 Kanye is making sure today (September 7th) doesn’t go unnoticed. After making waves with his Yeezy Season 4 collection at the NYFW earlier on Wednesday, the star made an appearance at the G.O.O.D. Music pop-up concert at Highline Ballroom, New York City.

Pharrell, Migos, Pusha T, Swizz Beatz, Teyana Taylor and Desiigner were the announced artists making an appearance/performing but everybody was expecting the G.O.O.D. Music boss to pop up as well. He did and he made a big announcement — Tyga is now signed to G.O.O.D. Music.

As we all know, Tyga and Kanye have been working on a ton of music together in recent years (Tyga released ‘40 Mil‘ prod. by Kanye last year) and the fact that he’s dating ‘Ye’s sister in law Kylie Jenner, also helps the cause. Tyga has been releasing music independently these past few years, following his departure from Cash Money Records.

Apart from this, G.O.O.D. Music president Pusha T also told the crowd that Atlanta trio Migos are now under G.O.O.D. Music management. They are currently signed with Quality Control/300 so it will be interesting to see how the arrangement works.