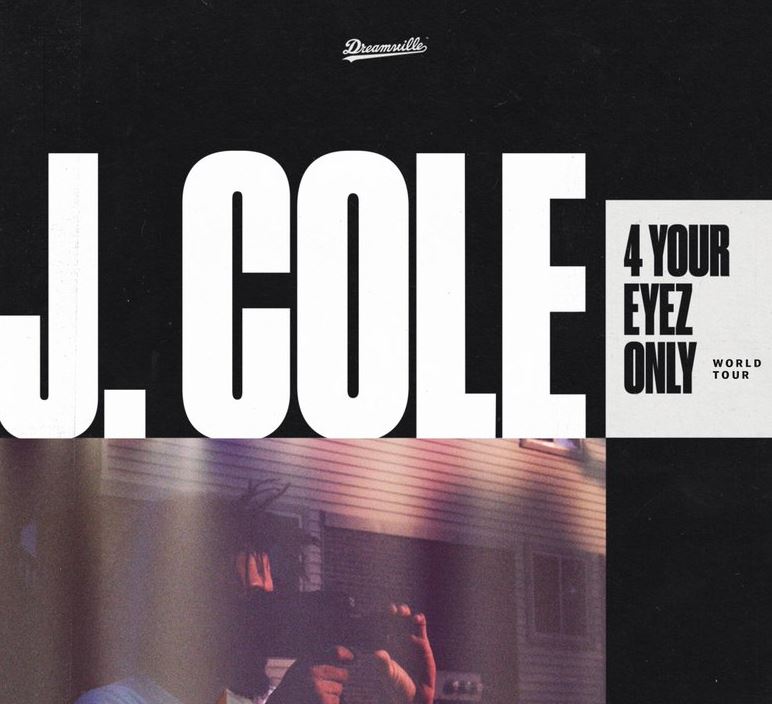 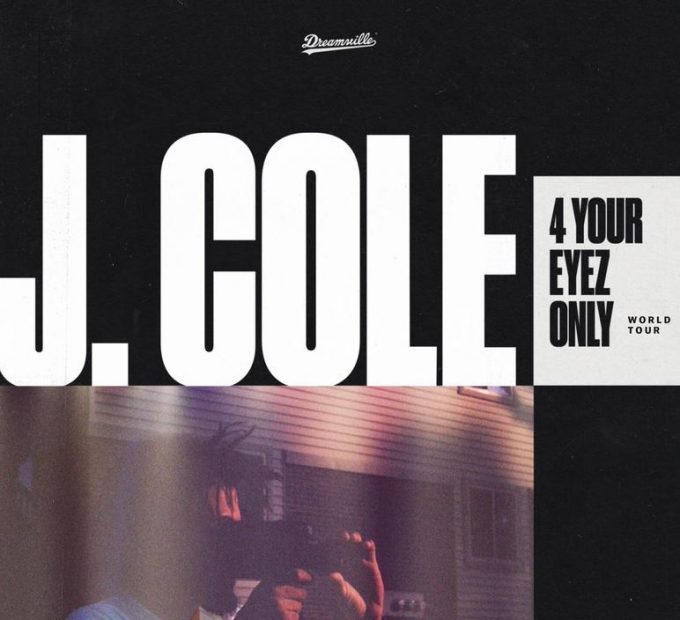 As some fans speculated, J. Cole has announced a full fledged tour in support of his latest album 4 Your Eyez Only.

The new album, released on December 9th, may have received mixed reactions from fans but it has done very well on the commercial front. It was certified Gold by the RIAA in second week of January. The first leg of Cole’s tour will kick off on June 1st in Columbia, SC and conclude in Greensboro, NC on June 18th. It picks up again on July 6 in Phoenix, AZ and run through major markets of L.A., Chicago, New York, Atlanta, Miami and more before finishing off in Dallas, Texas on August 20th.

The worldwide leg starts on September 29th and will travel through major parts of Europe as well as New Zealand and Australia. Check out the full schedule below. Tickets will be available Friday, February 24th on the official Dreamville website. 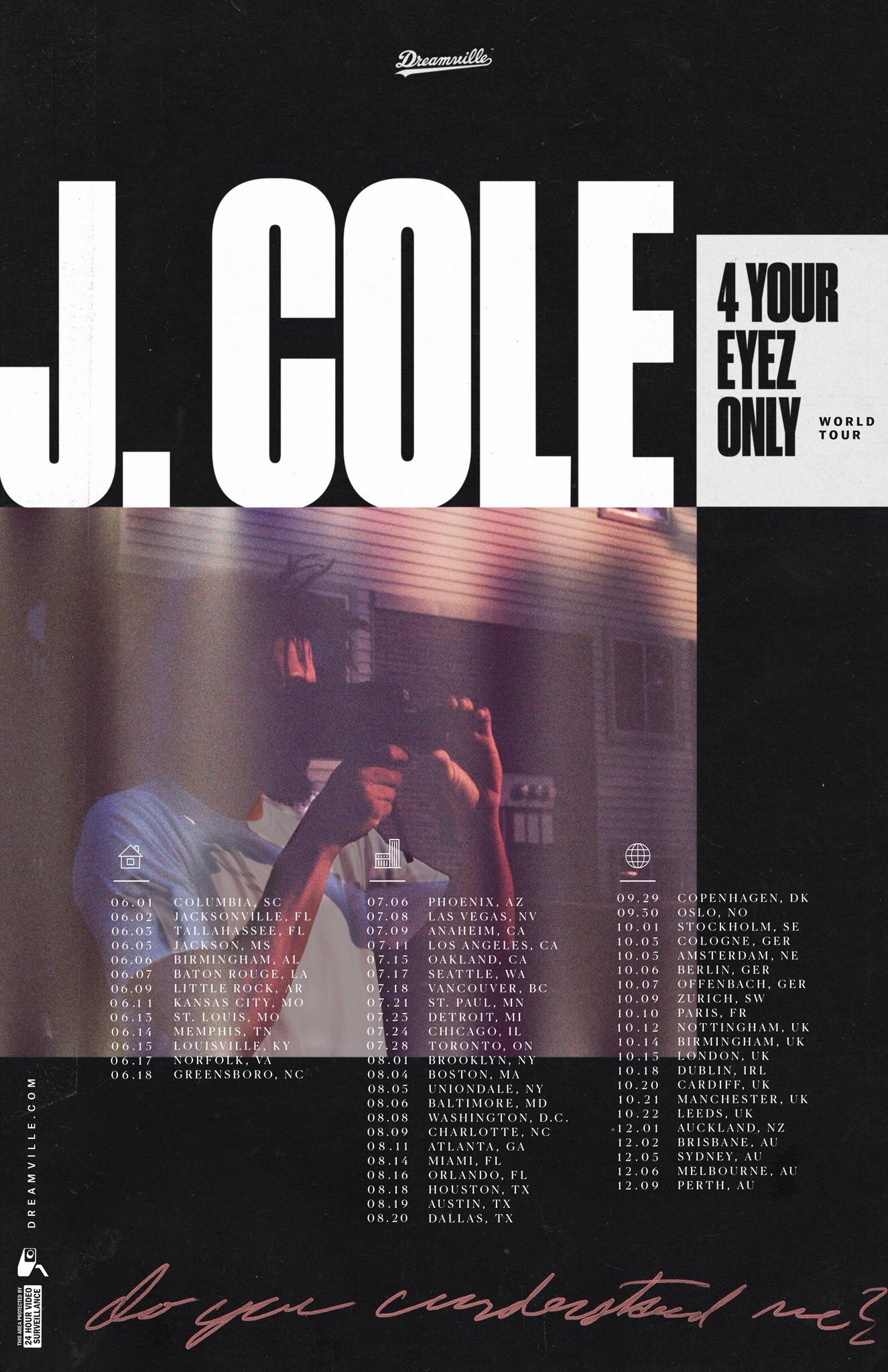