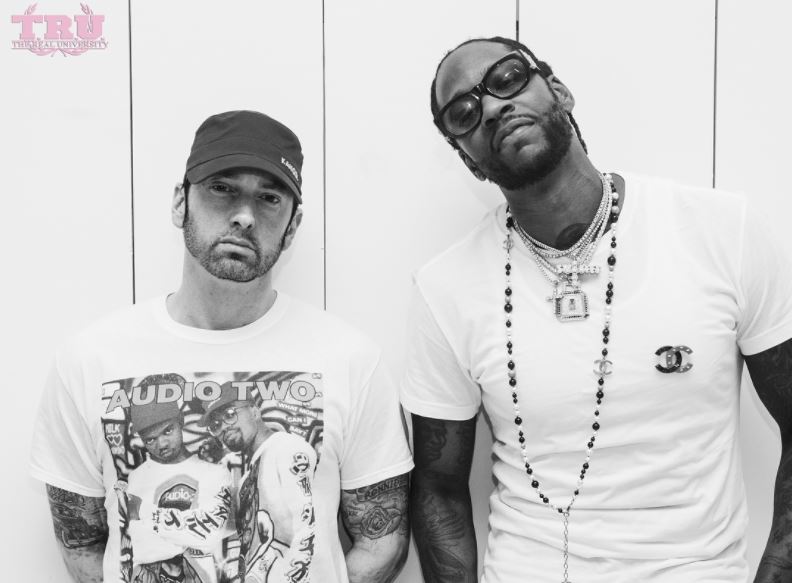 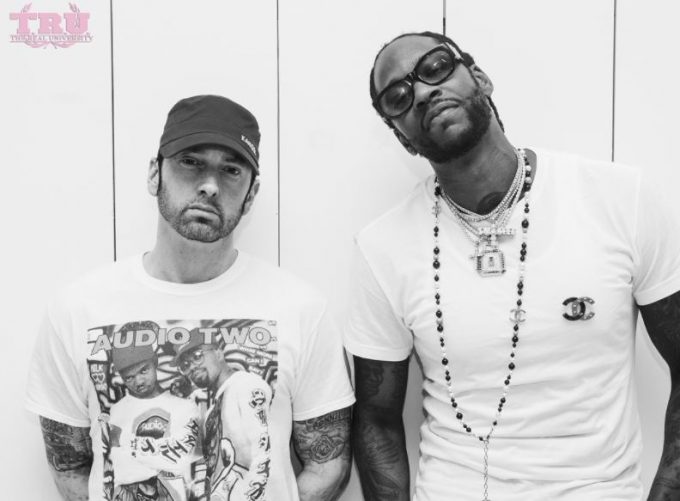 A few hours ago, 2 Chainz and Eminem posed for some photographs together. Tity Boi, who recently released an excellent new album Pretty Girls Like Trap Music, was the one who shared a bunch of photos where he’s hanging out with Em (how do y’all like that beard?) and Mr. Porter. The caption simply said “Sooo this jus happened ……#marshalllikestrapmusic.”

There is a video that has surfaced too, which looks a kind of photoshoot they did together. It could be for a project or just a bunch of professional photos that artists like to get clicked these days for promo purposes. So what is this about? Well, we definitely know that some music was recorded as one of 2 Chainz’ main engineers, Nolan Presley, shared a photo of himself with Em on his Instagram and wrote “Just finished a session with @eminem.”

It’s not clear who the song(s) belongs to but we will be certainly looking forward to this.

Just finished a session with @eminem 🐐