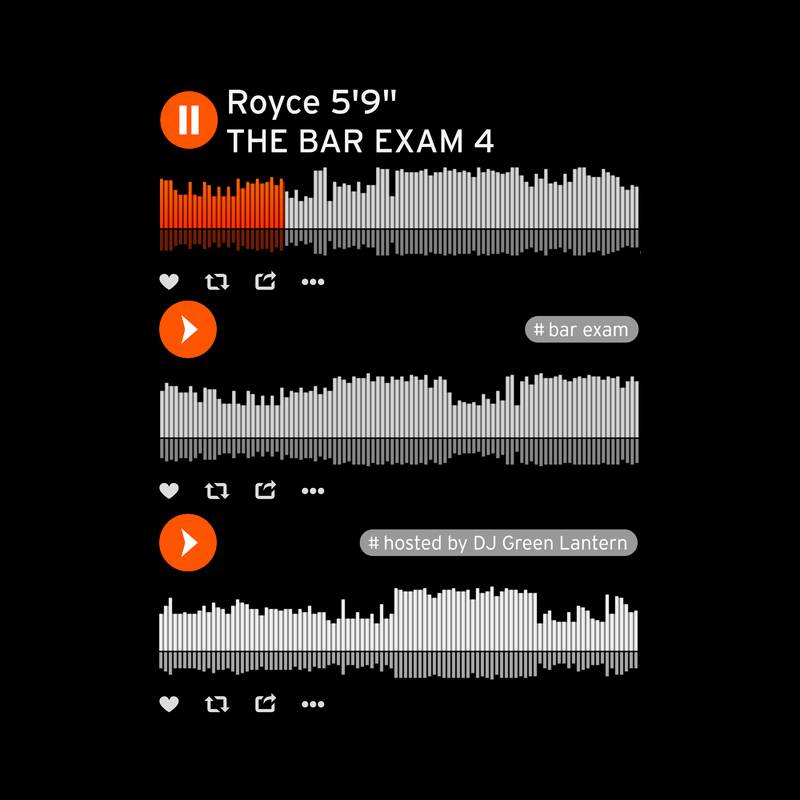 We’ve been promised a lot of Royce 5’9″ material that we’re looking forward to, notably his next solo album The Book Of Ryan and PRhyme 2 with DJ Premier but this is something else. The Bar Exam tapes are considered a classic mixtape series by many so the news that Royce was releasing a 4th was amazing. The time has now come.

It’s hosted by DJ Green Lantern who hosted the second instalment, a lot of people’s favourite. Royce bravely jumps on instrumentals like Big Sean’s ‘Control’ and Lupe Fiasco’s ‘Mural‘ and probably holds his own effortlessly. Stream the tape in its entirety below.