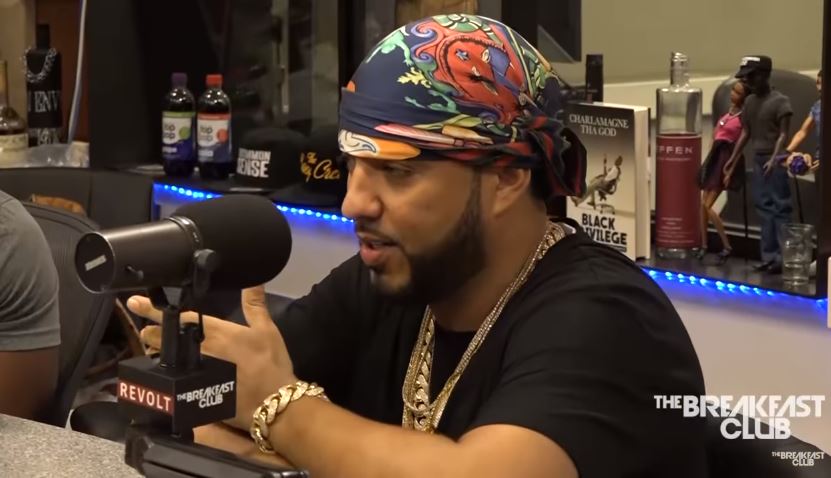 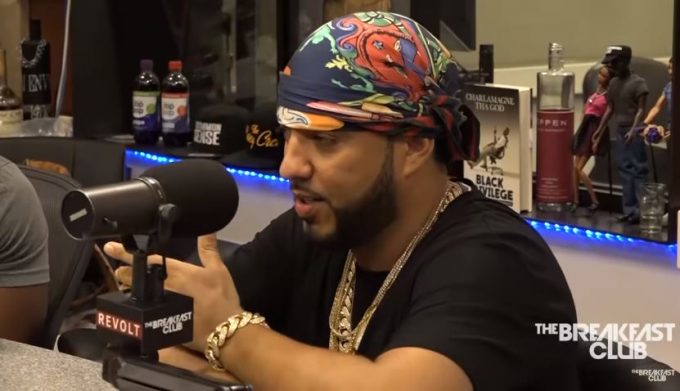 French Montana has one of the biggest songs in the world right now with ‘Unforgettable’ featuring Swae Lee but there’s a long story behind the record. The song came out of no where on the internet initially in November, 2016 and featured both Jeremih and Swae Lee on the song. It was released as a single in April once the reaction to the leaked record was very strong.

French was a guest on The Breakfast Club this morning and chatted with Angela Yee, Charlamagne Tha God and DJ Envy about the success of the song. French reveals that Jeremih played the song for him and once he heard it, he immediately demanded to own it. The Coke Boys leader then narrates the story on how he had to pay $300k for the sample on the song out of his own pocket and an additional $300k for the music video shot in Uganda. The label then compensated for half of it once the song started blowing up.

At the 2 minute mark, Charlamagne curiously asks the rapper who actually produced the record and a confused French tries to remember and says “Benz something.” He then asks an affiliate in the room, “can you give me his name?” Although producers have started to get a lot more recognition these days because of social media, it’s unfortunate to see that French doesn’t know who produced the biggest song of his life. ‘Unforgettable’ was produced by Indianapolis production trio 1Mind (Sebastian Lopez, Mac Sutphin & Michael Lohmeier) along with Toronto-based producer Jaegen and Cali-based CP DUBB. You can even watch the making of the instrumental here.

Last night, French and Swae Lee performed the hit on The Tonight Show starring Jimmy Fallon with some help from Triplets Ghetto Kids from Uganda.