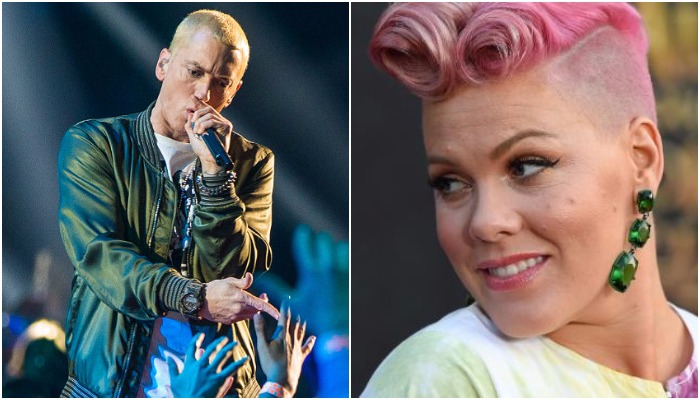 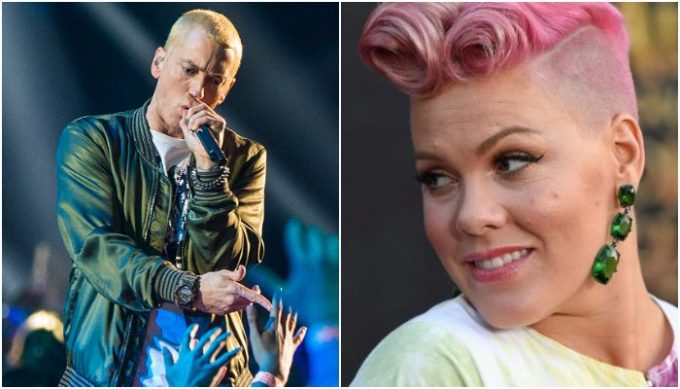 The world has been eagerly waiting for new Eminem music and looks like the day is not far away. The rap superstar has been more active than usual on social media, dropping a limited run of “Camp Shady” merch consisting t-shirts and accessories on Thursday (August 17) via the Shady Records online shop.

Now we can expect a new Eminem and P!nk song to release very soon. Yesterday, hosts of Mojo in the Morning show at Em’s local iHeart radio station Channel 955 in Detroit let it slip that a new collaboration between the two was about to drop “very very soon”. “So our boss just got back from New York City where he was hanging out with some peeps.. he says there is a new Eminem and Pink song coming out that he said is unbelievable. He said he was one of the first ones to hear and that it’s coming out very very soon,” announced the host. Hear it below.

Em and P!nk collaborated on ‘Won’t Back Down‘ from the rapper’s 2010 album Recovery. They later also joined forces on ‘Here Comes The Weekend‘ a track off the singer’s sixth album The Truth About Love in 2012. Considerable amount of drums and guitar strings were used on both occasions so it will be interesting to hear what the two cook up this time. It isn’t confirmed whose album this particular track will end up on. P!nk is set to release her new album Beautiful Trauma on October 13 while Em is rumored to be finishing up his new LP as well. I had predicted in my special piece about how labels pick album release dates that Eminem might be looking to strike before the GRAMMY submission deadline of September 30th.