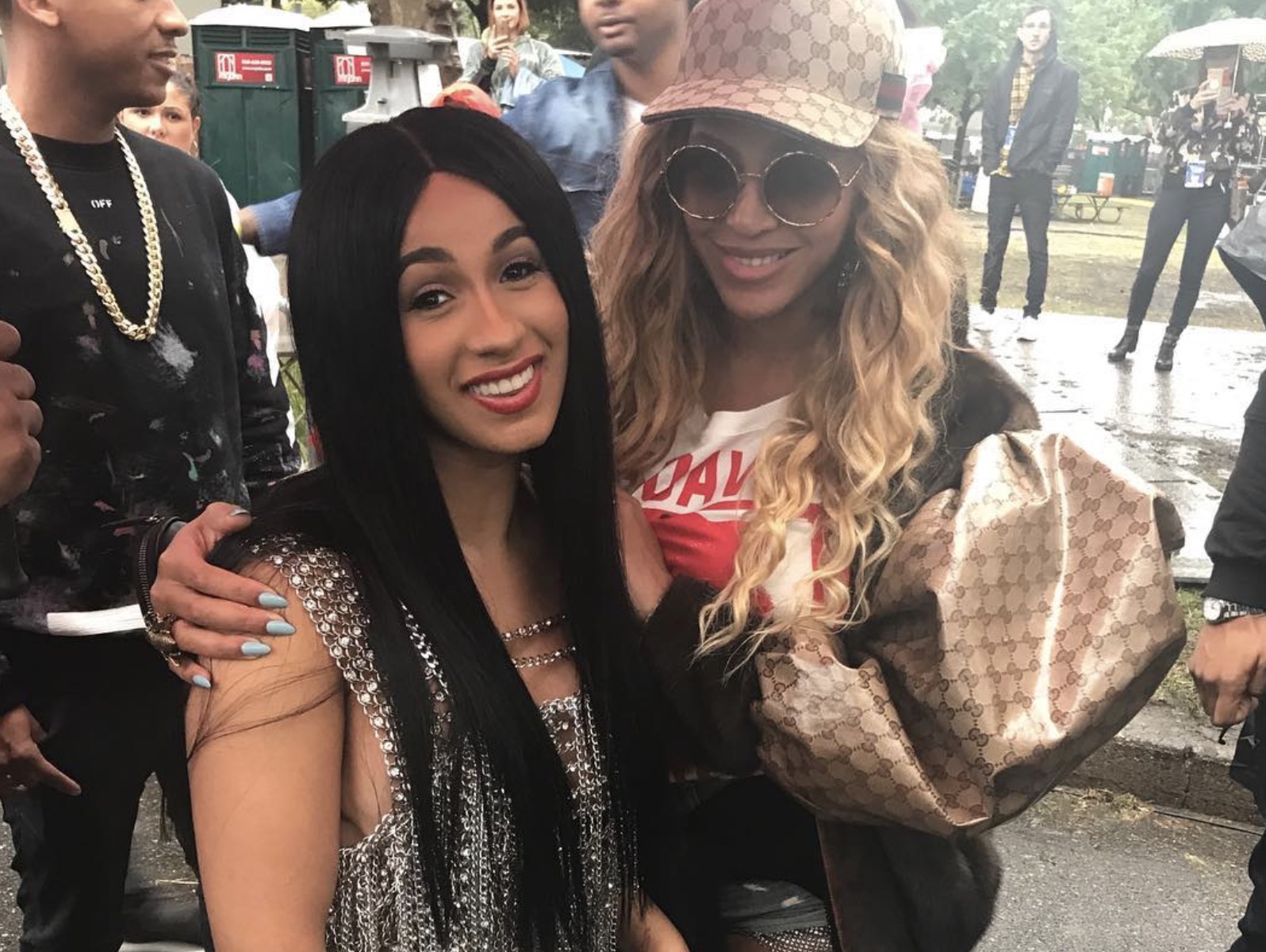 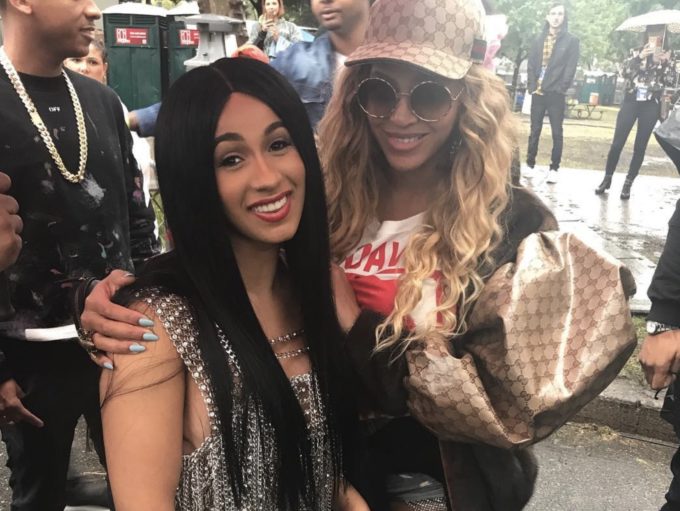 Cardi B’s next single could very well feature the one and only Beyonce.

The rapper has been busy in the studio lately, putting final touches to her forthcoming debut album which has become one of the most anticipated of the year. But can she repeat the huge success of her breakout number 1 hit ‘Bodak Yellow’? Having Beyonce on the song definitely increases the chances.

So where does this all originate from? Cardi B’s engineer, Ashby posted several stories on his Instagram last night from a studio session with the rapper. In one of the stories, Cardi is seen getting ready on the mic to record her vocals. In the next story, Ashby posts a short video of the computer screen where it says “Cardi B ft. Beyonce Demo Wet”. The collaboration could very well be titled ‘Wet’. He also writes “wow this feature is big” in the caption, giving further hints to fans.

Check out the screenshot we took, below. If this ends up being true indeed, it will be a major shot in the arm for Cardi B. 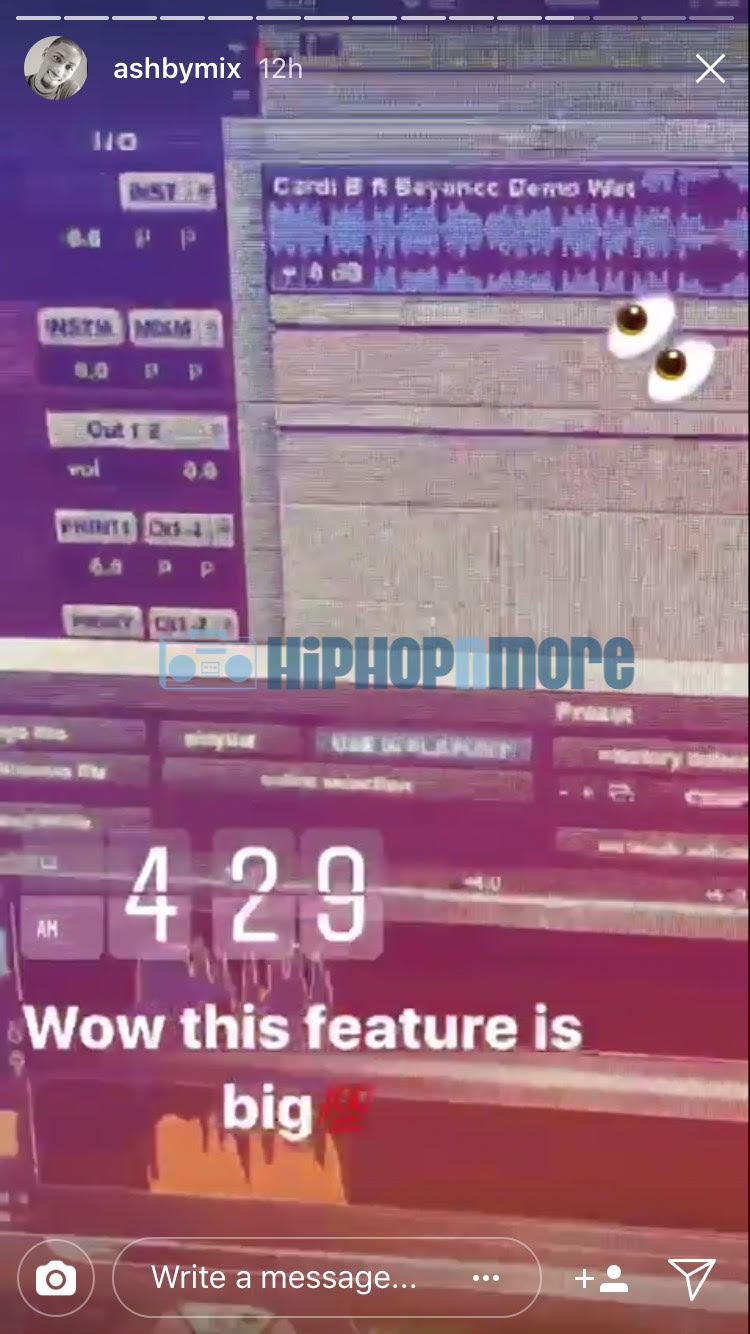