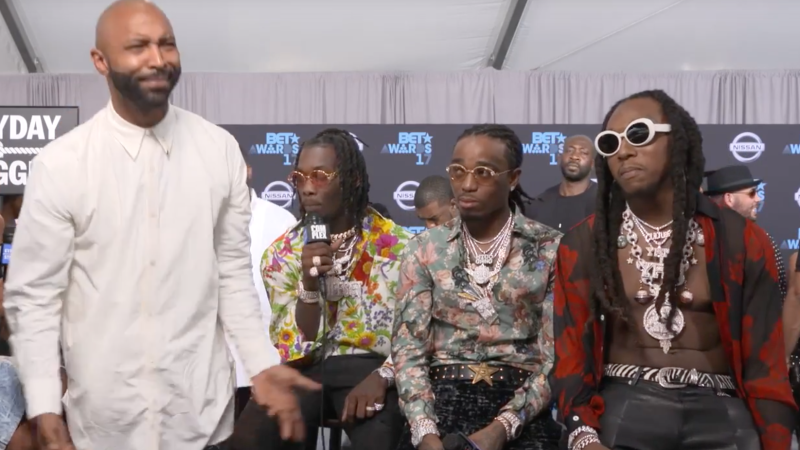 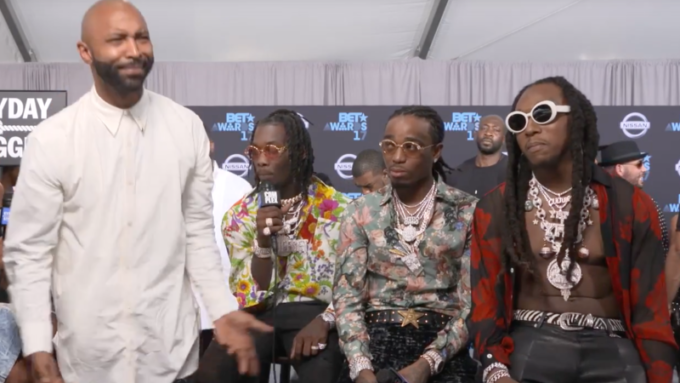 Migos and Joe Budden have had a rough relationship. It all started at the 2017 BET Awards in June this year when Joe, along with DJ Akademiks and Nadeska Alexis were interviewing the trio as part of their Everyday Struggle show.

When DJ Akademiks asked Takeoff how he felt about not having a verse on their smash single ‘Bad and Boujee’, Takoeff repeatedly kept replying “You said I’m left off ‘Bad and Boujee?’ Does it look like I’m left off ‘Bad and Boujee?’” After getting tired of it and feeling disrespected, Budden told his co-host to “wrap it up.” Budden then threw his mic and walked away which didn’t go down too well with the Migos. Security and part of the entourage stepped in and a scuffle was averted but the bad taste remained. Watch the incident below.

It looks like Migos are ready to put their feelings on wax. They have teased a brand new song on their Instagram where they are dissing Joey. “If a n*gga hating call him Joe Budden (p*ssy!),” the auto-tuned voice of Quavo comes out hard from the speakers. The yet untitled song is off the upcoming Quality Control Control The Streets Vol. 1 compilation album that drops Friday. Listen to the preview below and expect the full song on Thursday night.