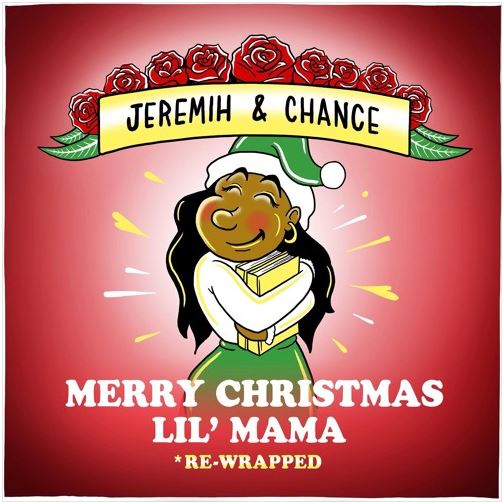 The full Merry Christmas Lil Mama Re-Wrapped project from Chance The Rapper and Jeremih is here!

The two Chicago artists joined forces last year for a Christmas project titled Merry Christmas Lil Mama which contained 9 Holiday themed songs. It was a surprise drop and it worked great. After a hint from producer Bongo last month, the two officially announced a few days ago that they will be re-releasing the project with additional songs.

Last evening (Monday), Chance and Jeremih paid a visit to their local station Power 92.3 to debut songs off the project, a few rips from which surfaced early this morning. DJ Pharris has now dropped the new songs from the project on his Soundcloud which you can stream below (clean version for now). For the older songs, you can press play here.

UPDATE: Here goes the proper, explicit version. Download for free on this link.