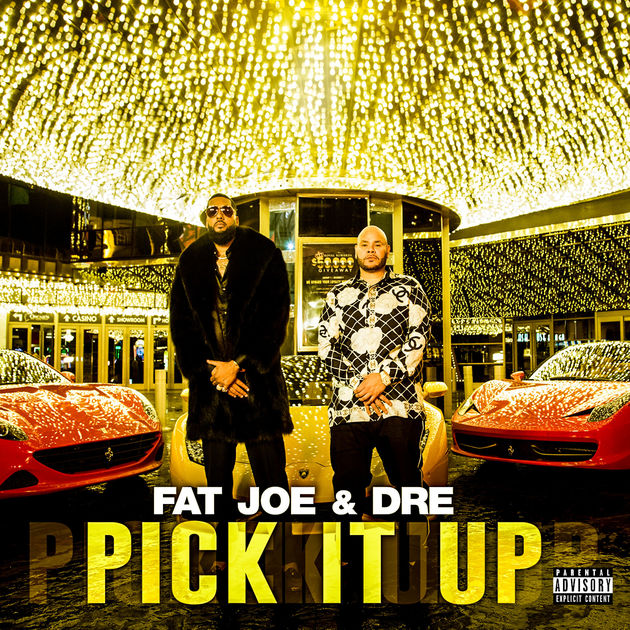 Fat Joe and Dre had a successful outing with their single ‘So Excited‘ which did pretty well on radio.

As Joe continues to put work towards his next album, he returns today with his follow up single ‘Pick It Up’ where he reunites with his old partner Dre from Cool & Dre again. Joe has been around for a long time but proven time and again that he has a great ear for bangers. With a familiar sample (Tupac ‘Ambitions Az A Ridah’), “F*ck Trump” shout and a catchy hook, this track has huge potential.

Stream the song now via Apple Music/YouTube and lookout for the official video coming very soon.

UPDATE: Fat Joe has released the official video for the song exclusively via TIDAL. Joe is also debuting a new podcast on the service titled Coca Vision which will have guests such as Remy Ma, Swizz Beatz, The LOX and DJ Clark Kent. The the six-episode podcast will debut on Monday, Jan. 22nd.

UPDATE 2: The video is now available for everyone to watch on YouTube. Watch below.