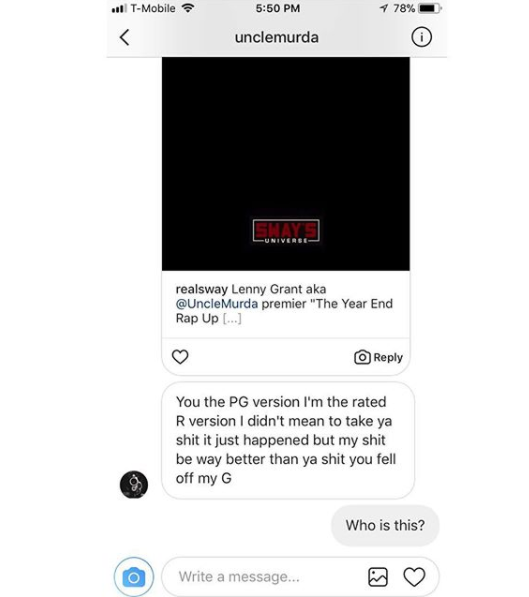 2018 is kicking off with a beef between Uncle Murda and Skillz, who would have thought?

Fresh off releasing his annual ‘Rap Up’, Skillz is back today with a new song titled ‘Murda Gram’ which is a diss aimed straight towards Uncle Murda. In case you aren’t aware, here’s the back story: Back in 2015, DJ Clark Kent reached out to Skillz for a “Rap Up” collaboration with Uncle Murda but since it was Skillz’ own original concept to begin with, he declined the offer and took a bit of offence to it too as to why a veteran like Clark Kent would co-sign such a thing. But Murda decided to go for his version anyway, despite Skillz openly telling them that they bit the idea.

Uncle Murda aka Lenny Grant has taken reckless shots at Skillz a couple of times since then, most recently on his ‘Rap Up 2017‘ song last week. Skillz finally had enough so the Virginia rapper is now firing back with this freestyle over Jay Z, Ja Rule, & DMX’s ‘Murdergram‘ beat. Stream it below.