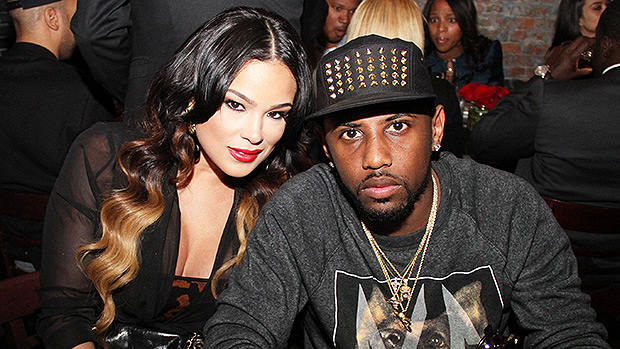 UPDATE: A video of Fabolous threatening and getting enraged at Emily and her father has been obtained by TMZ. Watch it below. The video was shot on Wednesday evening in the driveway of Fab and Emily’s Engelwood, NJ home. You can see the rapper’s bodyguard attempting to hold him back as he yells at Emily and her father. Fabolous even has an object of sorts in his hand with which he threatens Emily.

Fabolous has some major legal trouble to take care of. Some new information about the rapper’s arrest in the domestic violence case the other day has surfaced, courtesy court documents around the case.

According to the documents, the rapper punched his longtime girlfriend Emily B in the face as many as seven times which resulted in her losing two front teeth. He also made threats to kill her, her brother and her father. The alleged incident stemmed from an earlier incident on March 7. Fabolous was in Los Angeles on a business trip when he “became enraged” after finding out via Instagram that Emily was also in Los Angeles, according to NorthJersey.com.

Then while on a flight back from Los Angeles, Emily told police that Fab said via text he wanted to hit her in the head with a baseball bat and that he would kill her but he “did not want to go out like that.” Emily was later punched by the rapper seven times in the face “causing severe damage to her two front teeth.” She ended up losing her two front teeth.

According to the affidavit filed, Emily got so scared that she called her brother and father to remove two handguns from the Englewood residence due to her fear that they may be used against her. When Fabolous arrived at the Kenwood Street residence, he confronted the victim, her brother, and father, but then went upstairs looking for the handguns, which had been removed. “When he could not locate the guns, the defendant left the house, but not before informing the victim, her father and her brother that he had a bullet for them,” according to court documents.