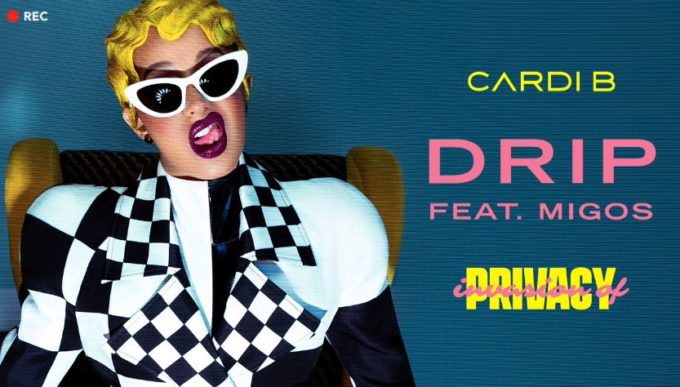 Cardi B is releasing her debut album Invasion of Privacy this Friday (April 6) so the anticipation is real.

After releasing her introspective new single ‘Be Careful‘ which has received mostly positive reaction, the Bronx native is back with a surprise release tonight called ‘Drip’. On the hard trap song, she reunites with her friends Migos who add a lot of color as expected. Listen below.

Cardi B has been tight lipped about the tracklisting for her debut album, with no word on who all will make guest appearances. Well, it’s nice to have some surprise element. Yesterday, Cardi released the music video for her single ‘Bartier Cardi’ with 21 Savage.