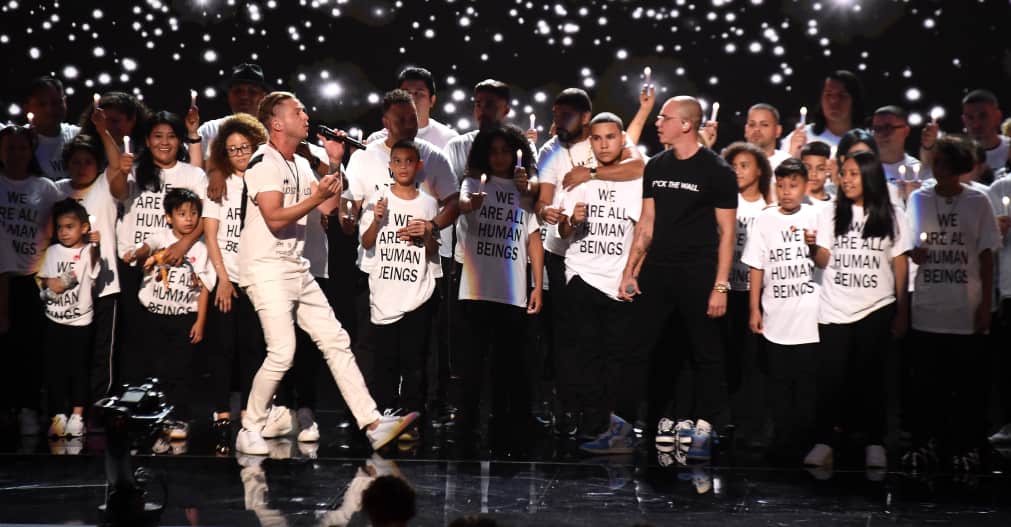 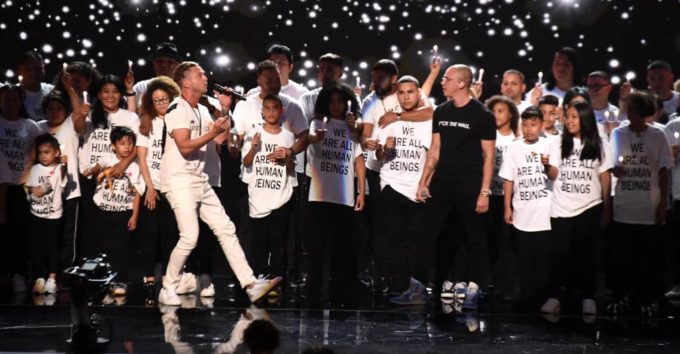 Just a few days ago Logic released the video for his latest single ‘One Day‘ featuring Ryan Tedder and once again, it spoke to social issues and was very moving.

Another thing to look forward to with Logic is his performances at award shows as he usually tries to create the atmosphere of the song’s theme. Earlier tonight he took the stage in New York to perform the new single. Expectations were high after his very memorable performance of ‘1-800-273-8255’ last year which you can watch here.

Eminem already pulled this entrance a decade ago sir, NEXT! #VMAs pic.twitter.com/tqoi3E3q0f

The rapper kicked off his performance with a bunch of people wearing white tees approaching the stage, similar to what Eminem did ten years ago with ‘The Real Slim Shady’. Watch it below.