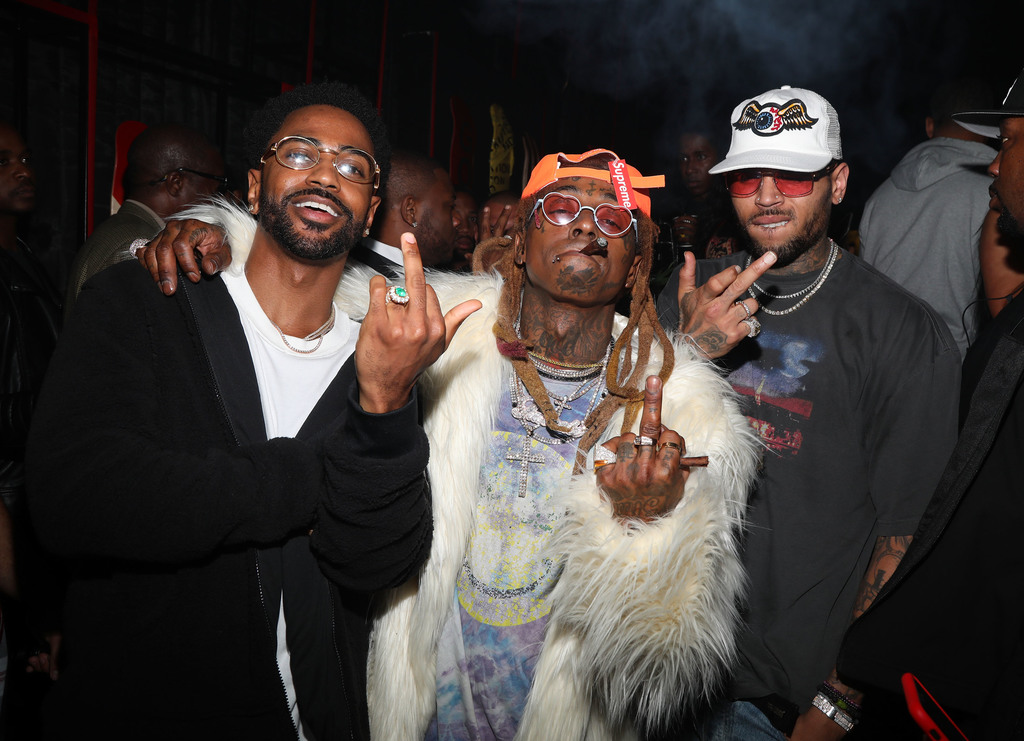 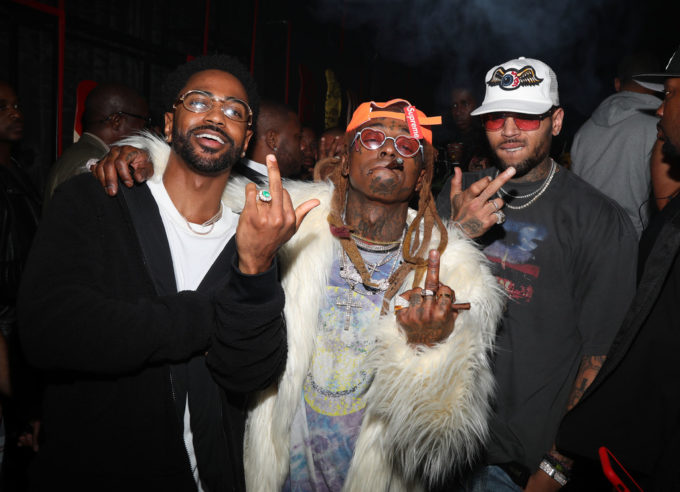 As we know, the album’s release is a big victory for Weezy and his fans as it comes following friction and legal battles with Birdman and his label, Cash Money Records. September 27 was also Wayne’s 36th birthday so he celebrated that and the album’s release with a big party at Hubble Studios in Los Angeles.

The party featured traditional New Orleans food (as catered by Trap Kitchen), candy and marihuana bar while a skate ramp outside played host to tricks and ollies from skateboarders all night. There were two real life goats as well since Weezy is the “Greatest of All Time.” Some of the guests included Stevie Wonder, Chris Brown, Ashanti, Big Sean, Wiz Khalifa, Timbaland, Ray J (who gifted Wayne a personalized scooter), Swae Lee and Slim Jxmmi of Rae Sremmurd, Trippie Redd, Shaggy, Trey Songz, Tiffany Haddish, Draya Michelle and more. Check out some photos below (credit: Jerritt Clark/Getty Images).