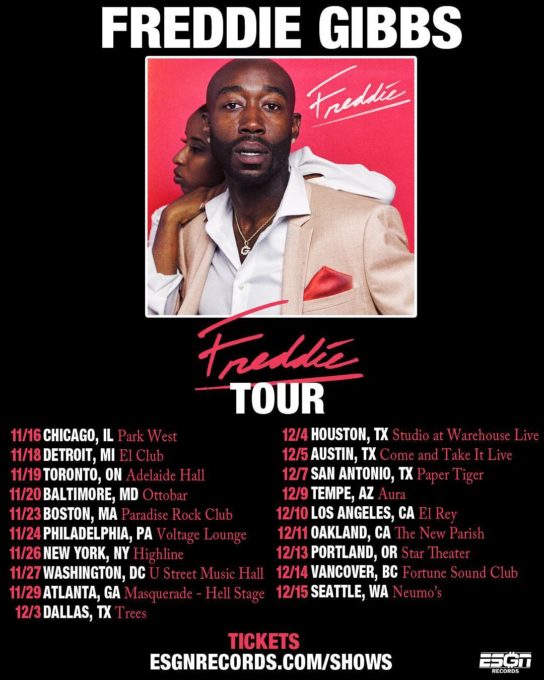 After being announced almost two years ago, Freddie Gibbs and Currensy’s joint project Fetti is finally on the way and will be out on Halloween. But back in June, Gibbs dropped his self-titled album and he has now announced a tour to go along with it.

It will kick off next month in Chicago and will close in Seattle in time for Christmas. Tickets will be available here on Friday at 10AM EST. You can check out the full list of dates above.