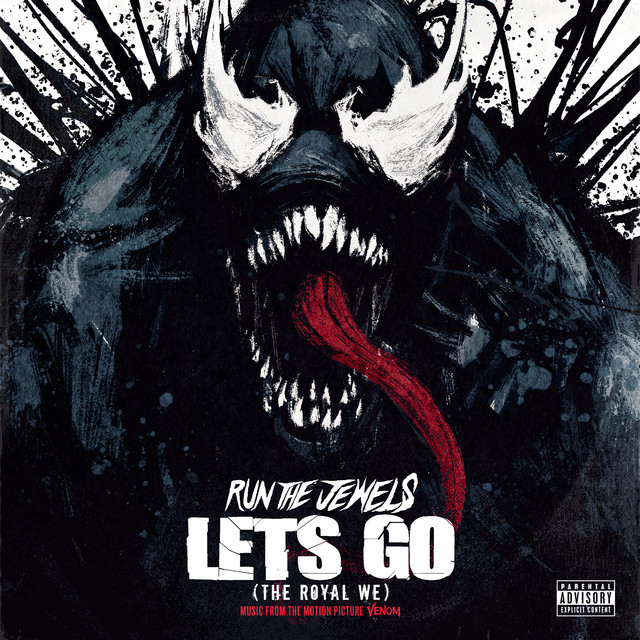 Run The Jewels are back with new music. The eclectic duo has just released a new song titled ‘Let’s Go (The Royal We)’ which is taken from the upcoming soundtrack to the Marvel film Venom.

The duo of Killer Mike and El-P stopped by the Zane Lowe show on Apple Music to debut the song and also revealed that their fourth album is in the works. “We got a call that they wanted us to write a record for it, and we were like abso-damn-lutely we will write a record for Venom. My man Nate in high school introduced me to the Venom character, and I’ve loved it ever since. Just the duality of trying to do righteous, and this rogue is just fighting with you from the inside. I thought it was a perfect match up with the Run The Jewels spirit, so the record turned out dope,” El-P of the song.

El-P further added that the song laid the groundwork for their upcoming Run the Jewels 4 album. “The essence of the music actually came from a trailer that I submitted for the Blade Runner 2049 trailer, that ultimately they didn’t use. I just loved it so much that I was like, “I have to use this.” So basically, I had spent some time working on that, to kind of try and transform it into a beat for essentially Run the Jewels 4, because me and Mike both loved it, and we just thought it was nasty. I think this was a nice little chance for us to kind of get back into a vibe and it’s a decent starting point. I’ve been collecting beats and we’re just going to kind of try and make the grimiest, rawest record we possibly can.”

Listen to ‘Let’s Go’ below.