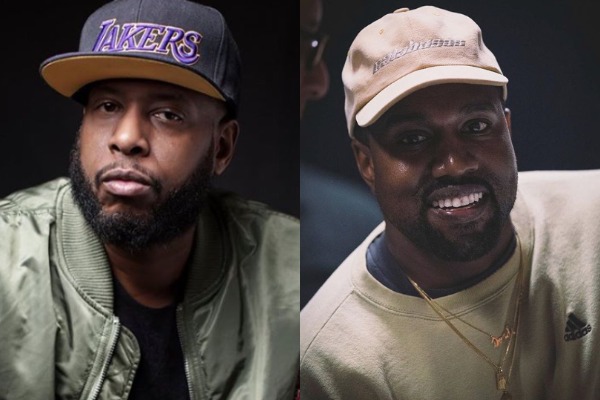 Talib Kweli was a guest on a two-hour episode of Drink Champs with N.O.R.E. & DJ EFN recently along with legendary duo Dead Prez where he spoke a bit about his relationship with Kanye West and his rivalry with Drake.

Talib revealed that Kanye admitted to him in the studio last year that he felt triggered by Drake’s competitive energy when the superstar was his neighbor in Calabasas. “He says to me, not in his house but in the studio, how living in Calabasas while Drake was there, was hard on him. Because he felt the competitive energy, and how when Drake moved away, he had this creative rush. Which to me, I’m like ‘Yo, how you let this next man affect your energy?’”

Talib Kweli reveals that during a convo in studio, #KanyeWest admitted how he was triggered by competitive energy of #Drake.

Talib continued that Kanye is a sort of person who likes to be talked about all the time. “Now I see how the years played out, and I feel like a lot of what he’s doing, Kanye wants to be number one. He wants to be talked about all the time and he spent all of last year talking about how dope Drake was in every interview. I think he’s triggered by Drake. I think he’s triggered by Obama calling him a ‘jackass.’ He just wants to be liked and he’s misinformed,” he said. Watch the clip above.

Last month, Talib revealed that him and Kanye started working on an album. You can watch the full interview below.